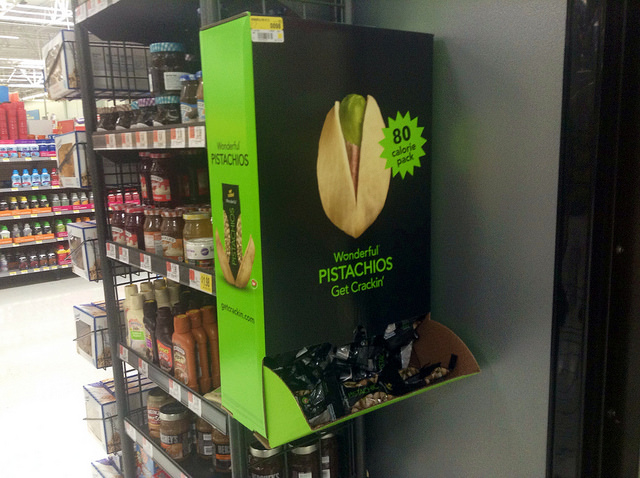 Bad news for Wonderful Pistachios fans as the Centers for Disease Control and Prevention advised people not to eat any recalled pistachio product because it has been linked to a large salmonella outbreak.

So far the salmonella outbreak has caused 11 cases across nine different states. Two people have been hospitalized from the sometimes deadly salmonella outbreak. Thankfully, no deaths have been reported so far. Cases have broken out in states including Washington, Arizona, North Dakota, Minnesota, Michigan, Connecticut, Virginia, Georgia and Alabama.

Wonderful Pistachios is a food company based out of Lost Hills, California and agreed to a voluntary recall for:

“a limited number of flavors and sizes of in-shall and shelled pistachios because they may be contaminated with the bacteria.”

The tainted pistachio bags can be identified by:

“a 13-digit lot code number, which can be found on the lower back or bottom panel of the package.”

The companies pistachios are sold under multiple brand names including Wonderful, Paramount Farms and Trader Joe’s.

The statement released by the CDC says:

“This investigation is ongoing, and we will update the public when more information becomes available,”

The Wonderful Company also released a statement of their own saying:

“Wonderful Pistachios takes food safety matters very seriously and is working closely with health officials to identify the source of the problem. In an effort to further enhance our food safety program and ensure the health and well being of our consumers, we have, effective immediately, proactively increased our sampling frequencies and lot size testing. The implementation of these augmented safety protocols further exceeds established industry best practices and bolsters our long-standing commitment to producing the highest quality, most wholesome and safest pistachios in the world.”

At this time it is unknown how widespread the recall but it isn’t the first recall in the past few weeks as Perdue just recalled four thousand pounds of chicken nuggets and Mars Company ordered a recall for their chocolate.

There is one thing that I know for sure, it’s that this guy won’t be eating pistachios any time soon.