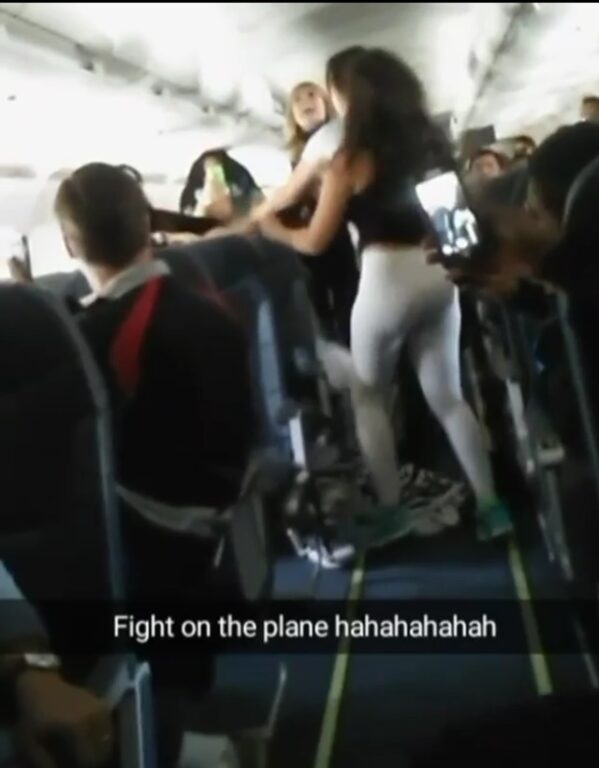 A disagreement on a Spirit Airlines turned into physical madness when two women started playing loud music after the airplane had landed.

The Spirit Flight 141 from Baltimore was taxiing to its gate after landing in Los Angeles International Airport when violence begun on the airplane.

The two obviously intoxicated customers were playing loud music on portable speakers when several other fliers asked them to turn down the music.

After the two women refused to turn down the speakers and sassily replied “what are you going to do?”

“Then to provoke the other customers, they were holding their speaker in the air taunting the customers who had asked to have the music turned down. This prompted the second group of customers to approach the first group and a fight broke out.”

Five women were said to be involved in the brawl but police say that no charges were filed. However, some fliers took advantage of the airplane situation and recorded it with their smartphones.

If we can learn anything from this, it’s that you never fly Spirit Airlines.