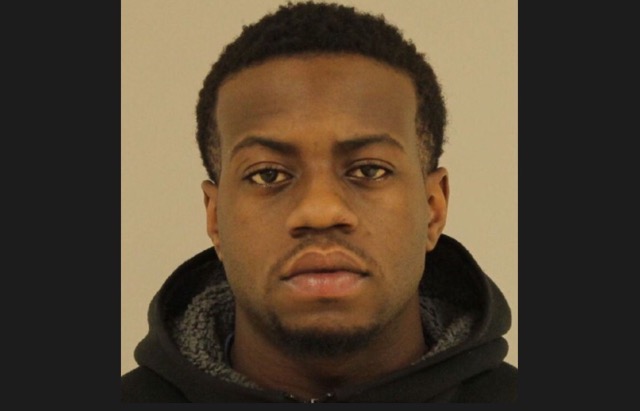 In Kent County, Michigan, police arrested a man for credit card fraud after the man used stolen credit cards to purchase over $100,000 of merchandise.

The police’s arrest of 27 year-old Deandre Calhoun is just the latest in an ongoing string of credit card fraud and identity-theft cases.

The arrest of Calhoun is a long-time coming according to police, who’ve been tracking a mysterious purchase at a Byron Township store back in January. The purchase later led police to Calhoun.

On Friday, March 4th police had originally arrested Calhoun and searched two Detroit homes where they found televisions, sofas, and even collectible coins that were purchased using stolen account information.

Police say the damage was mostly done through the internet where suspects stole account information.

Calhoun has been charged with larceny over $20,000 for the credit card fraud and for unlawful and illegal use of a computer.

Last Saturday, police contacted two individuals that bought cigarettes with gift cards at Plainfield Township gas station. Police say that several of the cards had been tampered with and the magnetic strips had been reprogrammed with stolen account information.

The individuals had 18 cigarette cartons that police believe were also purchased with stolen card information. They later tracked the fraudulent purchases to two local businesses. One of the offenders was arrested for fraudulent use of a tracking device.

Also on that Saturday police responded to report that individuals were smoking marijuana in a Meijier parking lot. Upon arrival at the scene, police not only found marijuana but also suspected credit card fraud when they discovered reprogrammed gift cards that were used to purchase 10 iPads, four boxes of shoes, a hoverboard, a PlayStation 4 and other items.

Police recovered the $7,000 worth of merchandise and found that the suspects were linked to thousands of dollars of additional credit card fraud.

Area police had their hands full in February when they arrested a woman in an unrelated case of credit card fraud where the woman purchased four iPhones at Sprint stores and then set up an account using stolen credit card information.

Credit card fraud and identity theft are becoming a problem in Detroit area and police just keep uncovering more and more. It is absolutely appalling the sheer stupidity of these individuals actions.