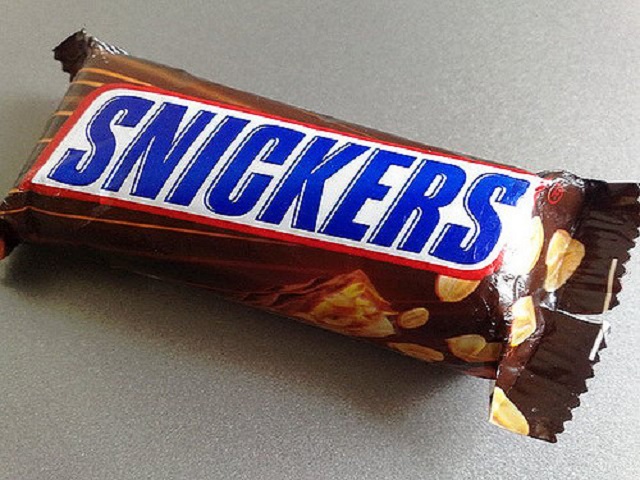 Mars company has started an international recall over fears that customers could choke on pieces of plastic that are inside the actual chocolate bar.

The recall affects 55 countries and could cost the candy giant over $10 million dollars, based on early estimates.

Mars company announced the widespread recall after a customer found pieces of red plastic in a Snickers bar they had purchased in Germany. After the customer complained, the plastic was then traced back to a factory in southern Dutch town of Veghel. The company discovered the plastic came from a protective cover used during the manufacturing process.

On Tuesday, the company issued a statement saying that the effected types of candy include Mars, Milky Way, Snickers, Celebrations, and Mini Mix. The recall is considered “voluntary” and was a precautionary measure.

A Mars spokeswoman in Britain said that UK is “hardly impacted” and only fun-sized packs were being recalled.

The United Kingdom’s Food Standards Agency said Mars confirmed product recalls in the Netherlands and Germany, as those bars were distributed in the UK.

A spokesperson for Mars Netherlands said:

“We cannot be sure that this plastic was only in that particular Snickers. We do not want any products on the market that may not meet our quality requirements, so we decided to take them all back.”

A corporate affairs coordinator for Mars company in the Netherlands said:

“As far as we know there are 55 countries involved. We are investigating exactly what’s happened, but we cannot be sure that this red piece of plastic isn’t in any other of our products from the same production line.”

Fortunately for consumers in the United States, they should be unaffected by the recall.

The Mars company website and social was flooded with posts on Tuesday causing the pages not to respond. Some users took to social media and claimed that “Mars is the New VW?”

This marks the first time that Mars company has recalled products made at the Veghel factory. The factory has been open since 1963 and employs nearly 1,200 people.

“While it’s a precautionary measure it will have a significant financial cost attached, certainly running into tens of millions of dollars. The cost comes directly from the recall process, the loss of writing off products, and from lost sales. People will be more reluctant to buy the affected Mars products while this remains fresh in their memories. That said, by acting swiftly, opening and comprehensively, Mars has likely limited long term repetitional damage – especially so as the foreign object is relatively benign.”

The financial hurt should cause Mars to see a sharp short to medium term decline in sales. One consumer goods analyst predicted the hurt to cost Mars up to $2.5 million.

“That estimate rests on the assumption that it is a simple manufacturing fix. If the problem is more serious the recall would drag and the lost sales would go up. In the meantime, we would expect Mondelēz [maker of Cadbury] and Nestle [maker of KitKat], as well as Ferrero, to benefit. Just ahead of Easter, it is not great timing for Mars,” she said.

It has been a rough couple years for the UK as food product recalls rose by 78% last year to 159. Many of the recalls were from undisclosed ingredients such as nuts in foods.

Perhaps the largest and most expensive recall in recent UK history was in 2007. The confectionery company Cadbury had to recall more than a million bars of chocolate after testing found traces of salmonella in its products. The company was prosecuted and fined £1m after the bad chocolate was linked to 42 people falling ill and three others were admitted to a hospital.

For Mars company we at least know that this is just one costly and bitter piece of chocolate.