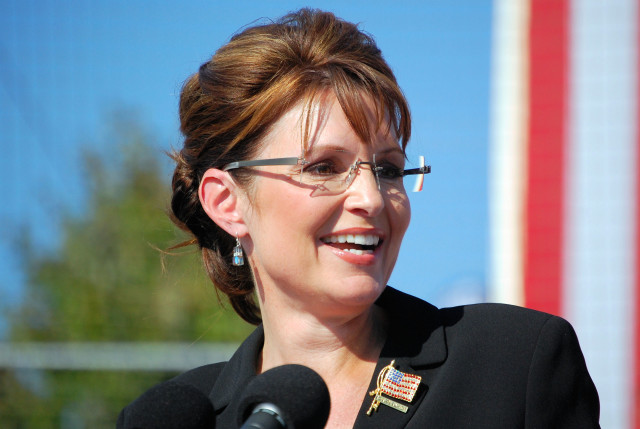 One day before Sarah Palin endorsed Donald Trump as her choice for the Republican candidate, her son was arrested on domestic violence charges against his girlfriend.

According to the criminal complaint that was filed, Palin punched and kicked his girlfriend before she says that Track might shoot himself.

Investigators said that Palin looked intoxicated before he threw the phone at his girlfriend which missed and ended up breaking on impact.

Palin’s bail was set at $1,500 but it is still unclear whether or not he has been released or if the bail has been paid.

This actually wasn’t the first time Track has been in the news for his stunts. Track was involved in a drunken brawl in 2014 with his family. But an interview with one of his former girlfriends showed that Track may have history of other drug abuse.

Track’s sister Bristol Palin has been in the news over the past few months for a heated custody battle. Her battle begin after her former husband filed for custody of Bristol’s baby even though they divorced before she announced her pregnancy.

In the end it’s been an interesting few month’s for the Palin’s and it just goes to show that we have almost no idea what people do off camera.