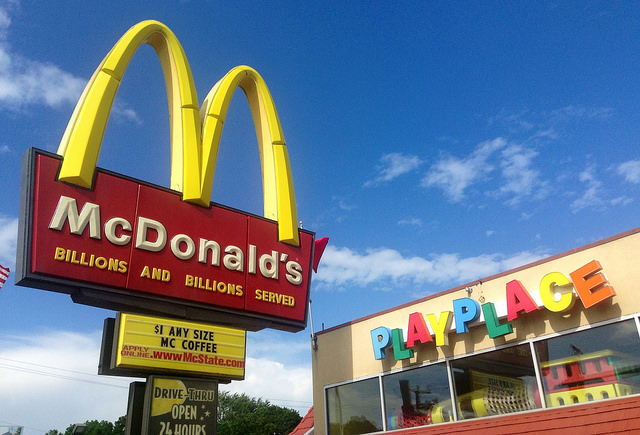 One California man is suing McDonald’s for falsely advertising its mozzarella sticks as being made with “100% real cheese” when they are actually made with fillers.

The plaintiff, Chris Howe of Riverside County said he wants his $1.27 back and for anyone else who bought the mozzarella sticks to be reimbursed their money.

According to Law360, Howe is seeking $5 million in damages from the fast food giant for himself and 40 other consumers who are involved in the suit.

In his complaint, first reported on BuzzFeed, Howe said he would not have purchased the sticks from McDonalds in California in December:

“if he had known they were misbranded and adulterated.”

The lawsuit claims that 3.76 percent of the cheese used in McDonald’s mozzarella sticks is actually a starch filler.

The complaint says:
“Its reasons for doing so are self-evident: inserting filler in its Sticks allows McDonald’s to save money and increase its profit,” the complaint reads.

The company website for McDonald’s says that the sticks are “made with 100% real and melty mozzarella cheese,” and the attached ingredients list says the mozzarella used has less than 2% of additives like modified potato or food starch.

Howe has alleged that McDonald’s mozzarella sticks were tested and the results concluded that the sticks contain more water and starch than is allowed by federal food labeling laws.

The defendant, McDonald’s was quick to respond to the lawsuit by saying:

Apparently a week ago the fast food giant was under fire for a separate issue related to mozzarella sticks where customers complained that the sticks were hollow.

It’s funny because it’s lawsuit like these that show how “sue” happy some people have become. McDonald’s should have properly labeled the ingredients in the cheese sticks but egregious lawsuits like these make one wonder if the plaintiffs really have anything better to do with their time.