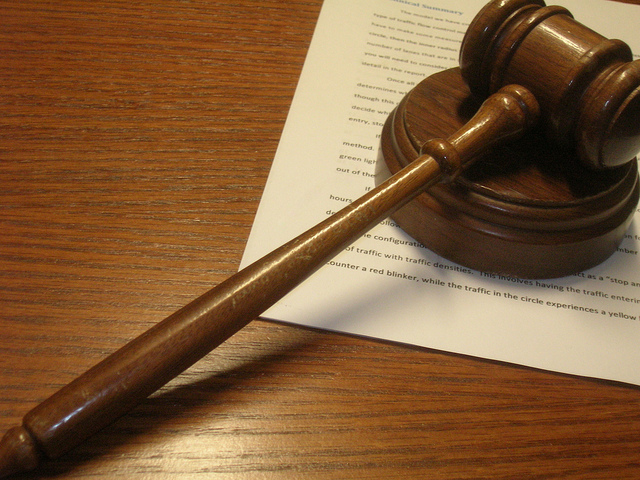 Nathan Hardwick, the former CEO of LandCastle, a title insurance company was finally arrested on Monday in Atlanta by federal authorities for charges that related to Hardwick alleged embezzlement of over $20 million.

U.S. Attorney’s Office for the Northern District of Georgia said that Hardwick and the companies former CFO Asha Maurya are charged with wire fraud, conspiracy and other related crimes for Hardwick’s known embezzlement of $20 million dollars taken from escrow accounts. However, the actually number may be well over that amount.

“The indictment alleges an embezzlement scheme dating back years. Along the way, Mr. Hardwick is alleged to have repeatedly lied to his clients, law partners, banks and others. The allegations are especially troubling given that the actions were orchestrated by a lawyer who swore an oath to uphold the law and to represent his clients with integrity.”

Authorities say the embezzlement began in the late 2000s after profits at Morris Hardwick Schneider (MHS) dwindled with the sharp decline of residential real estate.

Authorities say at the same time Hardwick was hit with a divorce settlement that forced him to pay $550,000 worth of alimony for five years to his ex-wife.

Authorities said those three factors caused Hardwick to support his lifestyle by directing Maurya to move millions of shareholder distributions and bonuses out of MHS bank accounts and into Hardwick’s sole possession. Unfortunately, the transferred amounts exceeded Hardwick’s share in the company.

Hardwick’s embezzlement managed to fly under the radar because at the time of the funds transfers, there were no shareholder distributions or bonuses being paid out to company stakeholders therefore Hardwick “paid” himself.

Housingwire also released details of the exact nature of Hardwick’s and Maurya’s process:

“To fund the vast majority of these illicit payments, Hardwick and Maurya allegedly caused millions of dollars to be wire transferred to and for Hardwick’s benefit out of MHS’s attorney escrow accounts. Hardwick and Maurya fraudulently concealed Hardwick’s excess payments from the other MHS shareholders, MHS employees, outside auditors, title insurance underwriters, and others through false statements, half-truths, and by the omission of material facts, and by distributing false and misleading financial information and records.”

In 2014, Fidelity National Financial, one of the companies underwriters first uncovered the conspiracy, but their accusations were quickly quieted after Hardwick and Maurya falsified payments statements and manipulated accounts to eliminate the unusual shortage in company escrow accounts.

The indictment charged Maurya and Hardwick a single count of conspiracy, 18 counts of wire fraud.

Hardwick was then charged for an additional one count of bank fraud and three more counts for false statements made to federally-insured institutions.

Maurya was also charged with 11 counts of mail fraud. All of which carry a $250,000 fine and 20 years in prison for each count.

In 2014, Hardwick’s former partners slapped him with a lawsuit that alleged he stole $30 million from company accounts and its subsidiary LandCastle Title.

Maurya and Hardwick’s embezzlement forced MHS into bankruptcy before being bailed out by Fidelity Finanicial.

Upon Fidelity’s buyout of MHS, a string of dominoes began falling after PGA Golfer Dustin Johnson sued Hardwick after his MHS reportedly stole $3 million from Johnson to pay off debts. The $3 million was originally loaned by Johnson to Hardwick. Later in 2015, the company now renamed Morris Hardwick Wittstadt files for chapter 11 bankruptcy.

The investigation is far from over as J. Britt Johnson, an FBI agent in the Atlanta Field Office said:

“The magnitude of theft as alleged in the federal indictments of these two defendants clearly merited the resulting federal investigation and prosecution,”

However, what we do know is that Hardwick’s attempt to falsify statements and the companies 2014 bailout are what sparked this embezzlement, which could become one of the largest seen since the 1990s.