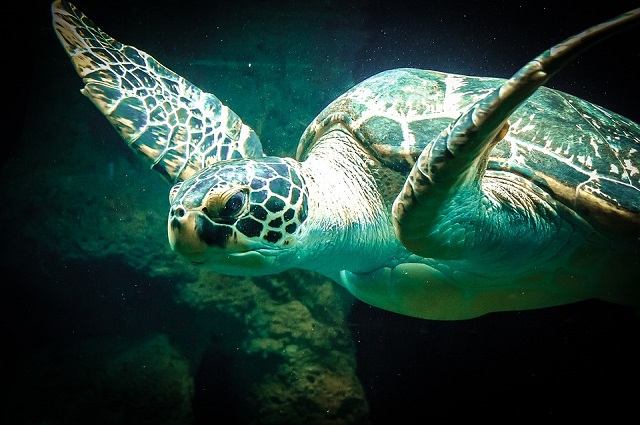 A Canadian college student, who was caught at a border checkpoint last August with 51 turtles in his pants has plead guilty to six smuggling charges in U.S. District Court in Ann Arbor, Michigan.

Kai Xu, a 27 year old college student from Ontario admitted to the attempted smuggling of more 1,600 species of turtles during approximately a four month period. Unfortunately, each of the six charges come with a 10 year prison term attached.

Xu was caught back in August when he crossed the U.S.-Canada border into Detroit. Authorities had staked out and let Xu go about his business dealings but followed his moves. Shortly after cross the border, authorities saw Xu pick up a package at a parcel center, which confirmed their suspicions.

When Xu was on his way back through the Detroit-Windsor tunnel he was picked up by Canadian Border services, who found him in a compromising position as 10 of the turtles were found hidden between his legs.

On the day of his arrest, Xu packed over 1,000 turtles in suitcase and sent them with an employee he had hired to fly them to Shanghai from Detroit.

Since then, U.S. District Judge John Corbett O’Meara has scheduled Xu for hearing on April 12 and Xu has been held in federal custody since his arrest. However, while this case is funny because he put turtles in his pants this highlights a more pressing issue of illegal animal trade.

According to wildlife.org, the illegal animal trade industry is big business that has threatened the conservation of species. In fact in 2011, 23 metric tons (yes tons) was seized of Ivory but now we at least have a small victory on our side.

Image courtesy of pixabay and available via a Creative Commons License