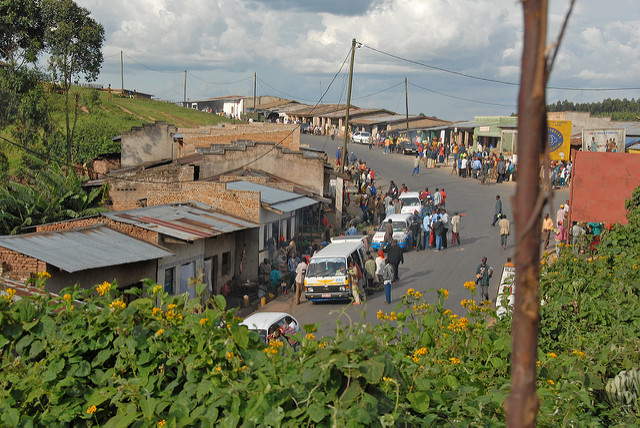 Burundi native Noela Rukundo was able to do something almost nobody else can do–attend her own funeral. This came as a shock to her husband Balenga Kalala, who had ordered 3 hit men to kill her only 5 days earlier.

Rukundo’s story begins about a year ago, when she and her husband flew from their home of Melbourne, Australia, back to Rukundo’s homeland of Burundi. After arriving at the hotel, Kalala suggested his wife “go out for some fresh air.” She listened to her husband, and the second she stepped out of her hotel was the second that shattered her life as she knew it.

As Rukundo stepped out of the building, a man stepped toward her pointing a gun at her. After ordering her not to scream, he pushed Rukundo, blindfolded, into a car. After a 40 minute drive, the mother of eight was led into a strange building and tied to a chair.

One of the hit men asked her: “You woman, what did you do for this man to pay us to kill you?” They then told her that her husband of ten years, Balenga, ordered the hit. Rukundo didn’t believe them, until she heard her husband’s voice on a speaker phone.

“Kill her,” he said. Rukundo fainted.

Upon waking up, Rukundo was told by the hit men that she had lucked out, as they do not kill women. They told her that they would tell Kalala she was dead, keep his money, and let her go.

Two days later, the men dropped Rukundo off on the side of the road with a cellphone, recordings of conversations they had with her husband, and cash receipts of $7000 from their payment.

Rukundo was able to make it back to Australia with the help of the Kenyan and Belgian embassies and the pastor of her church back in Melbourne. Then on February 22, 2015, Rukundo confronted her husband as he was leaving her funeral.

“Surprise! I’m still alive!” she yelled at him. Kalala tried to apologize, but it was too late as Rukundo had already called the police.

After originally denying his involvement, Kalala eventually plead guilty to the crime after his confession to Runkundo was secretly recorded by the police. He was sentenced to nine years in prison.