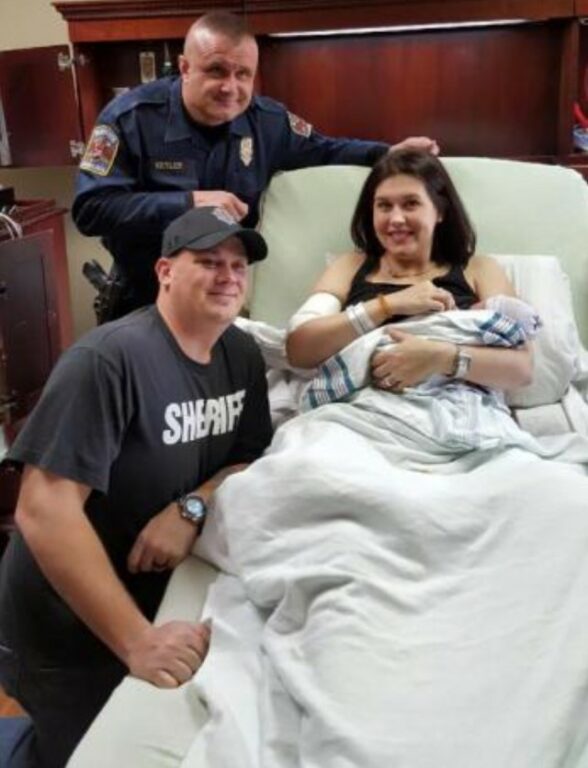 An Alabama police officer pulled over a speeding vehicle with the expectation of writing up a ticket. What the Alabama State Trooper actually did was far more incredible. He helped deliver a baby.

The driver, Danny Lowe of Huntsville said he was driving his pregnant Shawna to an Athens hospital on Sunday morning when state trooper Michael Kesler puled him over for speeding.

While being questioned by Kesler, Shawna began going into labor and the two men jumped into action to help Mrs. Lowe have her baby boy along U.S. 72.

Danny said the officer was “awesome” and “he settled me down”

After delivering the baby, Kesler helped clean off the baby as they the three of them wanted for an ambulance to arrive.

The Secretary of Law Enforcement Spencer Collier said in a news release that Kesler alleviated stress off the family by coordinating the family with the mother’s doctor and ambulance personnel.

Much to the surprise of the Lowe’s, Michael Kesler later joined the two at the hospital with flowers, cupcakes and a baby starter kit for parents.

In the news release secretary Collier spoke highly of Kesler by saying:

Mayweather Versus McGregor: a Senseless Encounter