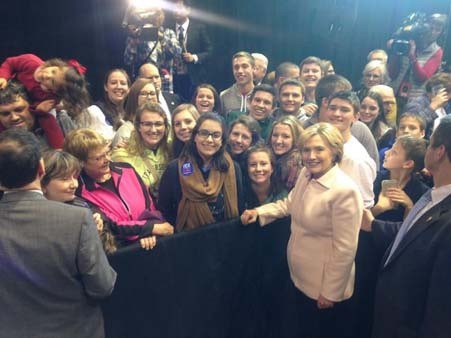 A group of Ohio high schoolers got to go on an unconventional field trip and as they spent the days leading up to the Iowa caucuses by visiting with candidates like Hillary Clinton.

“Not only do they now know more details about the candidates and how they feel on the issues and the process of caucusing, but a lot of them, I think that they will always have an interest in politics because of this trip,”

Rudisell didn’t know what to expect as they made the 11 and a half hour trip by bus to the Hawkeye state. Rudisell relied on policiticans campaign website to find out where they might be.

Perhaps the photo of the day was when one Taylor High School student got herself a selfie with Republican candidate Donald Trump. 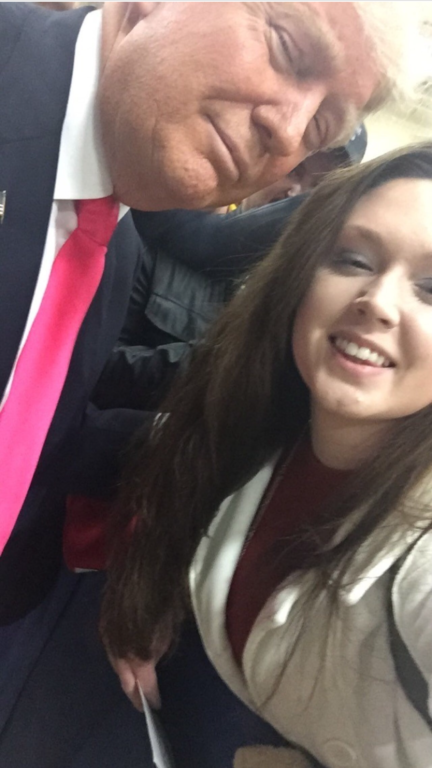 The Ohio teens weren’t the only high school students to join in on the fun as field trippers from Illinois and Minnesota schools were there as well.

All the way east in New Hampshire, a group of 100 AP government students from Mamaroneck High School New York are in attending New Hampshires state primary.

“It was beyond my expectations, it was just tremendous,” he says. “I have to say, I have never seen students so affected by any educational experience, and so once I came back from that, I knew I was going back in 2016.”

Twenty-one of the students on the New Hampshire trip are working as journalists as they cover details of the trip as well as publishing stories on campaign coverage.

“They are going to learn how to interview on the spot, create an angle on the spot, learn how to deal with a press conference. I mean these are all skills that you can talk about and lecture in class, but to actually experience it is a whole other thing.”

Most of the students are spending their time campaigning for a candidate of their choosing.

“Every night, ​we dedicate a half hour to reading up on our candidates and just making sure that we know all our stuff. If you don’t have students practice being active in our political system, they will more than likely not be active when they are older. If you want people to develop good habits of citizenry, you need to start when they are young.”

It’s obvious that not all high schools have the funds to do such elaborate field trips but they can use online resources to teach the election during classes.