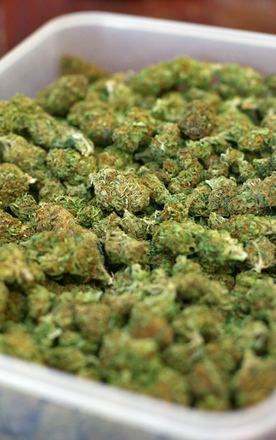 Marijuana was legalized in Washington D.C. last year. Stoners everywhere rejoiced; but what about the straight-edged suburban dad who wanted to try legal marijuana for the first time?

That’s why the D.C. School of Mary Jane was created.

For the price of $100, a man named Ryan will come to your D.C. area residence and teach you how to smoke, eat, or vaporize weed. Ryan will use his current expertise to ensure new users will have a pleasant experience with marijuana, whether it be for medical or recreational use. In an article from Borderstan, Ryan said:

“When I started using marijuana recreationally about six or seven years ago… I didn’t know what I was putting in my body. It took years of traveling the country and abroad, years of experimentation, some of it costly, and not all of it pleasant,” he said. “I want to make a shortcut for people that I didn’t have and sidestep the mistakes that they may make, the unpleasant trips and the misinformation.”

While Ryan’s main goal is to properly educate the public, I’m sure he’s also happy to be taking advantage of the booming business that is legal marijuana and making money on the side.

Just how big is the legal marijuana business? Last year, Colorado generated approximately $700 million from the selling of regulated and taxed legal marijuana, and the retail market is projected to be worth around $1 billion by 2016. On top of that, crime in Denver is down. And after seeing the  impact legal marijuana has had on Colorado, Canada has been taking big steps towards legalization, and many states are sure to follow the trend.

So if Ryan can get himself just a small cut of a billion dollar industry, he’s doing pretty well for himself.

Image courtesy of Aram Vartian via a Creative Commons License.