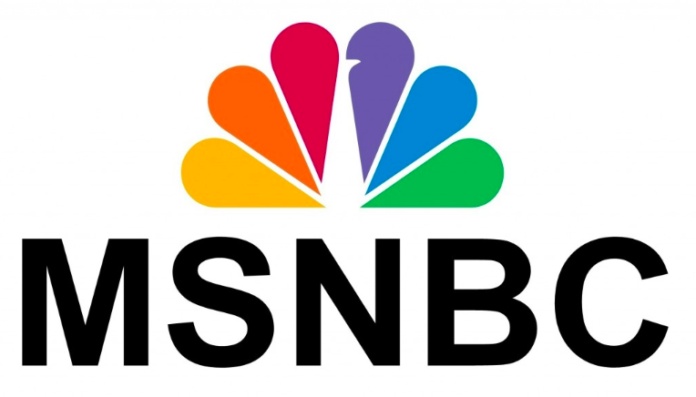 The Federalist Society, the Heritage Foundation, the American Enterprise Institute, and other related organizations reflect the American Right’s very successful ability to form an intricate infrastructure in which business, media, politics, the courts, and other pillars are integrated. The American Right, purely as a matter of structural analysis, has been quite effective in forming a pipeline which connects its various interests. There is and has been a discipline and rigor among Republicans which Democrats and progressives have generally lacked.

This is not a discussion about the quality or caliber of policy positions, but about the effectiveness of building winning political organizations and alliances. Republicans — through Roger Ailes (television), William F. Buckley (print and television), and Richard Viguerie (the use of mail in political campaigns and movements) — have simply been the better-prepared party for most of the past 50 years if measured solely through structural discipline.

As the humorist Will Rogers was quoted as saying in a 1935 book by P.J. O’Brien, “I am not a member of any organized party — I am a Democrat.”

The saying came from the Franklin Delano Roosevelt era, when the nature of both the Democratic and Republican parties was different. Yet, that statement has become especially true since the mid-1960s and the aftermath of Barry Goldwater’s 1964 presidential campaign, which was a turning point for American conservatism. It animated Buckley and Viguerie. It inspired Ronald Reagan. It was followed by Ailes’ crucial role in Richard Nixon’s ascent to the presidency in 1968.

Democrats, in that same half-century, have become a party in which every little issue elicits outrage, but organizational discipline centered around a small core of central, vital interests is generally lacking.

There might be a media pipeline formed by think tanks or research organizations, such as MSNBC and Think Progress or The Root, but it is more of an institutional pipeline than an ideologically pure pipeline the way conservatives have managed to create it.

On the left, if there is a connection linking various media outlets, policy shops, and research organs, it is more about consolidating corporate power and creating cushy jobs for the consultant class.

It sure isn’t addressing the Latino vote, and that brings me to Part 3 of my three-part series before Election Day.

Imagine a world in which truly progressive media structures aligned with truly progressive policy shops and research organizations. Such a pipeline would look and feel very different from how it does today, and while African Americans and women are also core parts of the Democratic Party coalition, the previous two parts of this series have tried to get at the importance of Latinos in the party’s present reality and, much more importantly, its future, when Latinos will make up an even bigger part of the electorate.

If the left really was focused on creating a pipeline aimed at creating electoral strength but also soundly progressive policy, it could do far worse than to structure its content around the Latino vote.

This is a pre-Election Day analysis, so I acknowledge that we might be in for another Election Night surprise in which Latinos wildly outperform expectations, but I have stated the case for skepticism, both in terms of turnout and the margin by which Latinos vote for Democratic candidates over and against Republicans.

It is not too early to start a conversation about how the left should move the Democratic Party to the left on policy in ways which earn the trust — and inspiration — of more Latino voters, especially the poor and the young.

Here is what it would look like, on a general level:

While MSNBC broadcasts would certainly focus on the political (read: Trump-centered) intrigue of the day for a decent chunk of their broadcasts — remember: I have NEVER argued that MSNBC should completely ignore ratings or basic commercial pressures, only that it should not allow them to dominate how it shapes its coverage — each prime-time MSNBC show would carve out at least 10 minutes per night for an issue of interest to Latino voters, especially those in low-income and younger demographics.

This would generally involve reporting on the ground about specific cases in specific communities. Bloggers, activists, policy wonks, political consultants, and the politicians themselves would all spend meaningful (read: more than photo-op-level) time in these communities, make solid connections with the people affected by various problems, and then demonstrate total commitment to policies and political approaches which would fight for vulnerable populations.

That is what a progressive media-policy-strategy pipeline would look like.

What we have now — and have had for the first two years of the Trump presidency — is a Beltway and New York-driven corporate parade of high-dollar consultants and opinion givers, almost all part of the Democratic Party establishment or (in some cases) Republican establishment Never-Trumpers such as Bill Kristol, Charlie Sykes, Jennifer Rubin, and Steve Schmidt.

You will note that over the course of 2018, the four-headed monster of Russia/Paul Manafort/Michael Cohen/Stormy Daniels occupied the vast majority of prime-time MSNBC broadcast minutes allocated to Chris Hayes, Rachel Maddow, and Lawrence O’Donnell. Yes, immigrant families at the U.S.-Mexico border had their moments of publicity, but that issue of immigrant families running into difficulty with border security and federal agents had been a problem for months before the situation escalated. Russia was the story which became No. 1 and remained No. 1 on MSNBC’s radar until the Brett Kavanaugh hearings.

Can we acknowledge what I keep saying about MSNBC and other supremely visible mainstream media organs which claim to be on the left? I don’t expect these outlets to abandon ratings and the stories viewers WANT, but part of journalism is giving people stories they NEED, and since we live in an ideologically polarized country, if we’re going to bother to have Fox News on the right and CNN covering the political circus from a left but corporate perspective, why isn’t MSNBC much closer to Democracy Now and Amy Goodman than it is? Why is the supposedly “left” cable network of the three main ones not very “left” at all?

Stories could be tailored to younger and poorer Latinos without being propaganda. Seeking hyperbole wouldn’t be the focus. Solid reporting, married with a constant selection of content which has significance in localized political contexts, would create something which is ideologically imbalanced, I concede, but rooted in informing the public, and therefore not a violation of journalistic principles. The point of emphasis is that while Fox News tries to mobilize and invigorate anti-immigrant sentiment, another outlet should be doing just the opposite.

Democracy Now is that outlet… but no one watches it and it lacks a mainstream presence. Getting a Democracy Now-style orientation on MSNBC — plus a more precise focus on story selection with an electoral purpose and aim — would create a progressive pipeline serving the Latino vote, to the extent that the Democratic Party might finally cease to take the Latino vote for granted.

If we really did have progressive media — and progressive structural discipline akin to what the Republicans began building in the 1960s after Barry Goldwater’s POTUS bid — it wouldn’t be so hard to inspire Latinos to vote in big numbers for Democrats. The political calculus in our country would be a lot different.

We will see what happens on Election Night… and more importantly, what happens along these lines leading up to 2020.