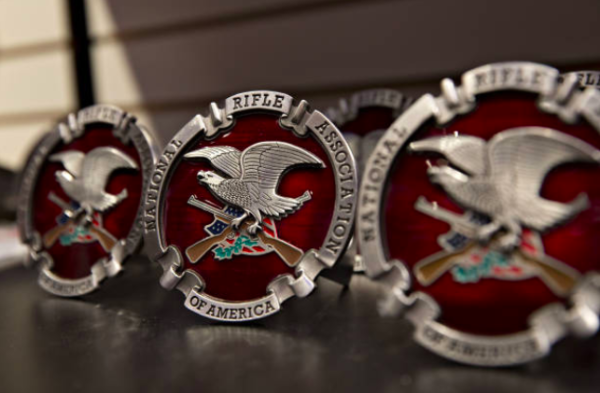 A couple years ago, PBS dubbed 2015 the “year of mass shootings.” While mass shootings are no longer all of the buzz in the news, they’re still happening all the time. Naturally, when so many lives are being taken by gunfire, the age-old argument surrounding gun control comes into play. As of October 3, we’ve had 272 mass shootings in our country in 2018. Mass shootings are defined by the Congressional Research Service as undiscriminating shootings in which four or more deaths occur, not including the shooter.

The gun debate is different than it ever has been. Both sides are starting to change their main talking points and tightening their positions harder than ever before. Now that the midterm elections are upon us, it’s interesting to think about how gun control will be debated as a hot button issue in this highly polarized country we live in. There are a few important possibilities to consider on how it will affect the election results and season.

1. It Will Be Forgotten About

In an age of fast news and instant gratification, we move on from things that aren’t close to us. When people aren’t affected by a mass shooting directly, the impact becomes lost on them. Everyday life and other news overshadows it — until the next mass shooting, that is. And when it’s happening as frequently as it is, Americans become distracted easily.

Since politicians are trying to win over the public, there’s a chance that they’ll talk about gun control less if there’s not a mass shooting recently in the news. In some states, such as Florida or Nevada, where widely covered mass shootings have recently happened, the candidates will be more likely to bring it up. But unfortunately, if it’s not recent in the news, it may be overlooked more than is appropriate.

2. “Children” Will Be a Pivot Point When They’re Brought Up

As times become violent, school safety is a growing concern. All candidates will be addressing this in the gun control topic, as there have been more American student lives lost this year than in U.S. military combat. However, the right and left have two radically different views on what to do about the issue. What’s even more interesting is that both of them have views that are widely shared across their parties.

Many major players in the GOP are currently calling for teachers to be armed in schools and fighting hard against any kind of gun legislature — some even being against background checks. On the other side of the aisle, Democrats are pushing harder for gun control, eager to eliminate the number of guns sold or at least put tighter regulations around gun control. Both sides are speaking about the safety of children, but both have completely opposite ways of going about it, like a public tug-of-war where child safety is the prize.

3. There Will Be No Partisan Compromise

According to a study from the University of Cincinnati Master’s of Science in Criminal Justice site, background checks have decreased since Donald J. Trump has been in office. However, gun manufacturing has typically risen while Democratic presidents are in office. If this were to become common knowledge, it’d be a curious thing to see how the discussion may change in this polarized time. However, both sides have histories of maintaining their partisanship even when the facts seem to work against them.

With 2018 and the era of Donald Trump influencing people to be more polarized than ever before, any partisan compromise or reaching across the aisle doesn’t seem likely. If politicians can distract their followers from listening to the other side of an argument by demonizing it, we may never meet a true consensus on the matter. But what does that mean for the United States? What does that mean for the school systems.

4. It May Get Worse Before It Gets Better

Again, things leave our minds quickly. What will it take us to be shocked or permanently awakened from our dream? Because of the frequency of these shootings and the mentality that says it won’t happen to us, tragedy often feels far away. This makes the path to action much longer.

Because of this, it may take much longer for serious action to be taken. It will have to be a tragedy big enough that both parties decide to bind together and come up with a solution pleasing for both. Or, legislation will have to be swiftly passed to action while one party has control of the house and Senate. One thing’s for certain though: no action will allow for much compromise and should take some time to reach a solution most politicians agree on.

5. Swing States May Surprise Us

While the partisan political system is still temper-fueled, testy, and contentious, swing states are beginning to surprise us a bit. The politicians themselves are less similar than ever, of course. However, the people in these states are much more middle of the aisle and open to changing their minds. This is why every new President in the United States seems to be on the opposite side of the aisle than their predecessor (for the last 20 or 30 years, that is).

Due to the tense nature surrounding our current presidential administration and political climate, Democrats are going to take congressional seats where they previously lost. Among these states are Texas and Florida. Additionally, it’s looking like Georgia will lean Republican (previously it looked like the seat would be taken by Democrats). These are just a couple of examples how gun control issues might make voters lean left. However some states that were leaning left are now falling back right. So ultimately, we may not be able to accurately know what will happen until more of the swing states start taking the same side.

How do you think these midterm elections will approach the topic of gun control? Let us know in the comments below!