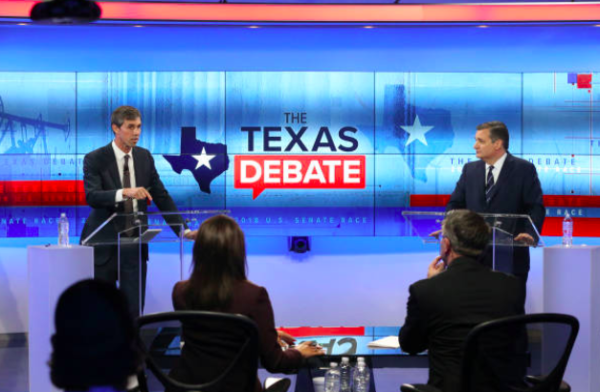 I really did wrestle with the topic of my column for this week.

To prove it, I thought a lot about writing on the difference between resistance and belligerence. I really did want to speak about the need to distinguish between resistance — vigorously opposing someone else’s very bad policies — and belligerence, which is modeled by a lot of my fellow Democratic Socialists who think it is GOOD to harass public officials in restaurants and not allow them to have any space. I wanted to push back against the notion that resistance has to be belligerent. No it doesn’t.

I also thought about writing extensively on the youth-voter question. I noticed a tweet by Jacob Soboroff of NBC News in which he interviewed students at UC-Irvine in Southern California. The responses from other people on Twitter were surprising in their forcefulness, more precisely, in the forcefulness with which they castigated the students themselves for being apathetic. I would have expected more anger toward society at large and toward the parents of these young people, but apparently, a lot of Americans think 20-year-olds should have fully-formed views of politics and civic engagement. I wanted to write more about that. I did. In due time, I will circle back to that topic.

However, as Election Day 2018 approaches, I felt that it was too important to ignore the issue I will focus on not only this week, but in the next few weeks before November 6: the Latino vote in America.

You might reasonably tell me: MATT, WE CAN’T HAVE THIS DISCUSSION NOW! WE NEED TO GET PEOPLE TO THE POLLS!

Hey, I know — you shouldn’t spend too much time arguing with me about this column. You DO need to focus on turnout in your communities, especially if you are in a swing Congressional district or a purple state with lots of close races for various offices. Yes.

However, I feel it is important to discuss the Latino vote because after Election Day, the usual tidal wave of recriminations and finger-pointing floods the internet. In the midst of that finger-pointing, it is impossible to calm the heated emotions in all corners of our polity. The partisans have all made up their minds, as usual, and forging larger points of consensus across ideological or political lines is impossible (not that it is EASY in any circumstance, but it is MUCH harder in the weeks after elections).

I want to get ahead of the curve NOW, and speak to a reality which seems highly unlikely to change on November 6: The Latino vote will gravely hurt and disappoint Democrats.

Democrats have been counting on Hispanic voters to save them. It’s not happening. https://t.co/S7sZwiBXQu pic.twitter.com/pm5oya6qYU

The article has sparked plenty of commentary, and rightly so. It ought to. Political professionals who follow races for a living are noting that Democrats simply aren’t gaining traction with this part of the electorate in various contexts:

Why do Dems have a serious midterm problem w/ Hispanics? Lower-income/young/urban Hispanics just aren't that motivated to vote.

And guess who's left: higher-income/older/suburban Hispanics who aren't nearly as reliably Dem.

The Latino turnout rate in 2016 was 47.6 percent, slightly down from 48 percent in the previous presidential election in 2012.

Other batches of statistics show how the 2016 election did not mark the triumph of the Latino coalition Hillary Clinton and the Democrats felt would sweep them into the White House, possibly with a majority in the Senate. Nope.

The immigration policies of Donald Trump have been the source of considerable controversy and anger by themselves, but Trump’s penchant for the bombastic, incendiary statement adds another highly emotional element to this specific theater of politics in the Americas. A lot of people — white people such as myself with a college degree — look at this situation and are naturally inclined to think, “Okay, this should certainly motivate Latino voters AND send them into the Democrats’ camp.”

As the above articles and tweets show, that isn’t happening.

The Latino vote for Donald Trump in 2016 landed at 29 percent, slightly better than what Mitt Romney gained in 2012. Fine — that was before Trump assumed the presidency. It would seem natural to think that Trump’s immigration rhetoric and policy would change the math, but if you look at a state with a considerable and growing Latino population — Texas — the infusion of Latino voters into the state is not giving sufficient ballast to Beto O’Rourke in his U.S. Senate campaign against Ted Cruz.

Beto’s likely downfall: lack of Hispanic enthusiasm for him. Leads Cruz 56%-38% w/ Hispanics, but that’s just not good enough for a D to win statewide in TX. https://t.co/llFcScAtM2

The Democratic Party will not win in Texas — and it will struggle to win in Florida and Arizona — if it can’t convince large majorities of Latinos to turn out in big numbers and vote for Democrats in big numbers. Whites, especially in the older age demographics, are far too reliable as voters for the Democrats to struggle with Latinos and still win races at the senatorial, gubernatorial, and presidential levels.

I hold a lot of contempt toward the establishment Democratic Party, but I will be magnanimous and say this much: I can accept and understand why party leaders — at the DNC and the DCCC — might have looked at the immigration issue and assumed that Latino voters would be self-motivated. This ONE time, in 2018, I can understand that. They probably felt that shoring up the women’s vote and reviving the African-American vote required a little more direct focus in this specific instance. I can accept that, even if I don’t entirely agree with the line of thought or view it to be fully convincing. It is an understandable view, even if it isn’t an airtight one.

HOWEVER: In the ramp up to 2020, there are NO more excuses for the Democrats. The party with the donkey as its symbol needs to get off its a** and make the sale with Latino voters, in terms of both generating turnout and widening the margins.

That will be a continuing focus in the coming weeks before Election Day.

The Democratic Party, at a time in history when so many Latino Americans — and Latinos from Central and South America — are being treated poorly by the President of the United States, has recoiled in horror and shock at the things ICE has done and is doing. Yet, the Democrats are no closer than they were in 2016 to making significant and lasting gains with the Latino electorate. It must be their first priority in 2020, because it’s not going to be good enough to achieve what they wanted in 2018.

As The Donald Turns; Say Anything

Marijuana Legalization and How It Affects Societies Around The World

Donald Trump Already Has One Eye on the 2020 Election

As The Donald Turns: “Stunned”

As The Donald Turns; “Numbers Game”