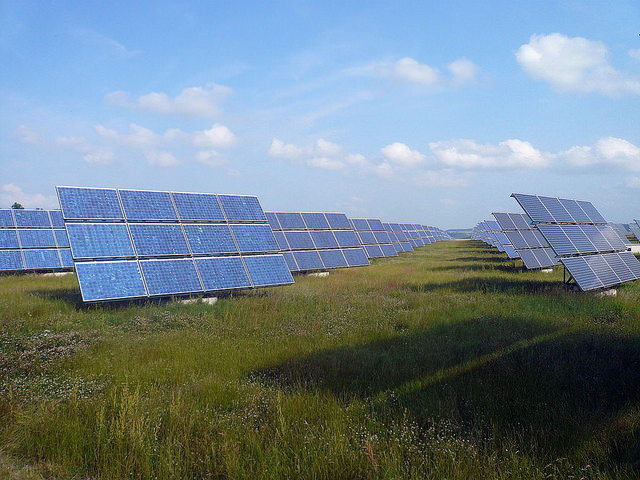 During the past year year, the solar power industry dominated job growth by creating new jobs twelve times faster than the rest of the economy, and more than oil and gas extraction and pipelines combined.

In its annual report on Tuesday, The Solar Foundation found that for the third straight year the solar power workforce grew by 20%. The industry added 35,052 jobs in 2015 and pushed the total amount of those working in the solar industry to 208,859.

According to SolarCity founder Lyndon Rive:

“It’s incredible. The industry employs over 200 thousand people — more than the coal industry.”

According to Andrea Luecke, president and executive director of the Solar Foundation that the industry:

Luecke also said the industry is one of opportunity because workers in the solar industry, find it easy to rise and be promoted, while the wages continue to be competitive with other industries. Solar power businesses has also been employing more women than in previous years. Approximately 49,775 women workers were employed this last year, which is over 12,000 more than the previous year.

The study did find some decline in racial and ethnic minorities working in the solar industry. Nearly 5 percent of the workforce is African American, 11 percent are Latino, and 9 percent Asian/Pacific Islander. But the absolute numbers did rise for those groups.

The number of military veterans being employed in the solar industry rose as a whole as well to 16,835, but did not experience the same growth as their counterparts.

One not so bad hurdle that the solar industey has to overcome is finding qualified help. One in five employees claimed that it’s “very difficult” to find qualified employees even though the labor demand is there.

Luckily for 2016, this could be the year of the book in the industry as Congress extended the solar Investment Tax Credit (ITC). And the uncertainty in whether credit was actually going to be honored mah have finally been put to rest so companies can now roll out their hiring plans.

One final bright spot in the industry is efficiency which has allowed solar industry workers to cover more ground in a given day. In 2012, it took 19 people to install a megawatt of solar power but now that number has dropped 15, and Luecke expects this trend to continue as crews get more efficient and competent. So it’s nothing but good news coming out of the solar power industry.