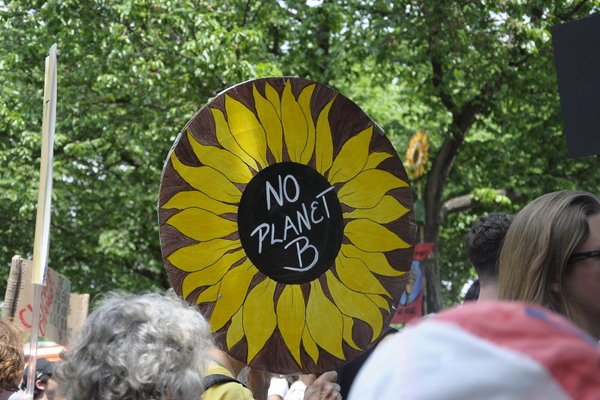 Recently an estimated 200,000 environmentally-concerned citizens took to the streets of our nations capital in protest. The cause for this gathering? Climate change, and the current administration’s disinterest in the topic (a video version of the full story can be found below).

What made this march for awareness all the more interesting, was the abnormally warm temperature for a spring day in the region. April 2017 has been the hottest April on record in Washington, D.C. history. That Saturday afternoon was no exception, as temperatures reached a high of 92 degrees. Eighteen degrees higher than average. The irony of this fact was lost on none in attendance.

People came from states like Minnesota, Arkansas, Illinois and Michigan for the event. They ran the gamut of cultural backgrounds, age-groups, and ideologies. To make the most out of this wide variety of views, organizers lined-up the crowd into eight different blocks of perspectives. Some were against injustice towards women and immigrants. Others had designs on protecting democracy. However, they were all unified by their desire to be the watchdogs of the environment. 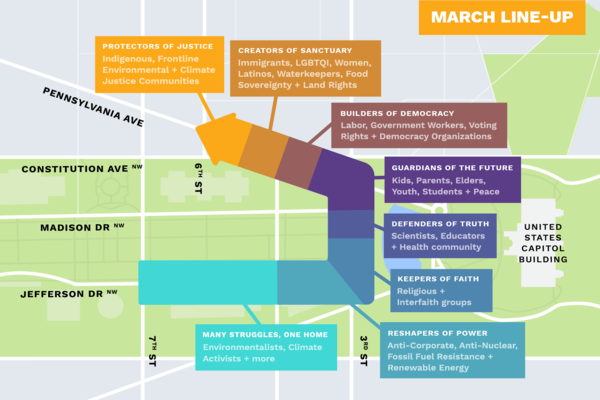 The march–also on President Donald J. Trump’s 100th day in office–started from the capital’s famed mall, and then went down Pennsylvania Avenue towards the White House. Demonstrators then had a sit-in outside the president’s home, to verbally air their grievances. After that brief interlude, the route ended at the Washington Monument, where advocates spoke further on the influence citizens needed to have on their elected officials.

President Trump is an admitted climate change denier. His planned budget cuts to the Environmental Protection Agency (EPA) has only galvanized environmentalists, and citizens, even more to spread their message of dissatisfaction.

The march follows a similar one in the city the weekend before. That march for science was in protest of proposed funding cuts to many scientific studies nationally. And to bring awareness to the importance of research and facts in general.

Like the weather in Washington, D.C., the debate over climate change only seems to get hotter.