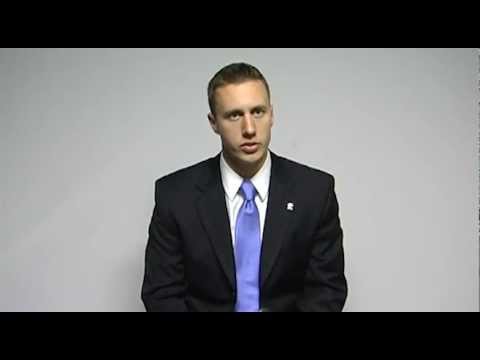 One potential Texas State Representative has banked his entire campaign on anti-immigration. Thomas McNutt, the fifth generation Texan has criticized his fellow politicians for not “addressing the problem of illegal immigration” and his campaign website says he wants the United States to stop drawing in illegal immigrants like “magnets”.

However, McNutt has yet to put those policies into practice at the Collin Street Bakery, a Corsicana, Texas business that McNutt is the vice president of. Apparently the bakery is known for its fruitcakes. Reports found that the McNutts at one time had employed two illegal immigrants at his place of business, according to Think Progress.

Since then both men now hold a lawful presence in the country because of President Barack Obama’s executive action called the Deferred Action for Childhood Arrivals (DACA) program, which can grant temporary deportation reprieve and a work authorization to immigrants who entered the United States as children.

“They gave opportunities to everyone in the community, so for him to come out and speak publicly against some of his own employees really is shameful.”

According the publication McNutt is the vice president of Collin Street Bakery and was promoted to his current role in 2015 and:

“was not involved in the hiring of Santoyo or Luis Aguilar,” the publication reported.

However it’s very hard to believe that McNutt had no idea who was working for him or where they were from. It seems a bit shady.

Interestingly enough, restaurants are reliant on undocumented labor. According to a 2008 estimate from the Pew Hispanic Center:

“undocumented immigrants make up approximately 20 percent of the country’s chefs, head cooks, and cooks and 28 percent of dishwashers”

In 2015, celebrity Anthony Bourdain criticized Republican Donald Trump for suggesting to deport the country’s 11.3 million undocumented population, because “every restaurant in America would shut down” without undocumented workers. And that would be bad for business.

Washington-based chef José Andrés withdrew his deal to open a flagship restaurant in one of Trump’s hotels because he said that immigrants “are here contributing” and Trump shouldn’t stop them.

Trump and his own businesses are not immune to hiring unauthorized workers, including at the construction site of his hotel in Washington, D.C. and at his restaurant in New York City.

This matter has become a lot of double standards for republicans.