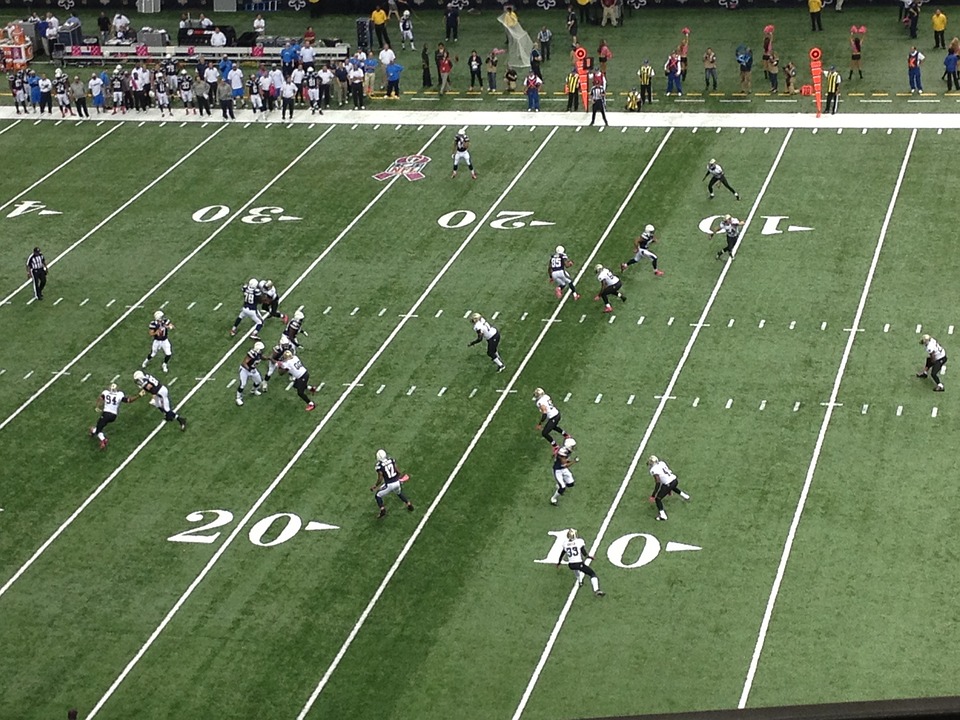 As the weekend approaches, it is time to take a look at the Divisional playoff match-ups. The schedule holds four promising games, beginning with the New England-Kansas City game at 4:35 pm on Saturday, and ending with the Denver-Pittsburgh game at 4:40 pm on Sunday. Over a 24-hour period, the schedule for the Championship games will set, and here is who I believe will be advancing and why.

The first game of the weekend may end up being the best of the lot. The matchup pits the hottest team in the NFL, the Chiefs, against the perennial powerhouse of the Patriots. With Kansas City having won 11 straight games, and convincingly beating the Houston Texans 30-0 in the Wild Card round last week, it would make sense for me to pick them to travel to Foxboro and beat the reeling Patriots who have limped into the playoffs, but I’m doing the opposite. Despite losing 4 of their last 6 games, the Patriots are my favorite to not only win this weekend, but to hoist the Lombardi Trophy. With the potential return of Julian Edelman, Dont’a Hightower, Devin McCourty, Sebastian Vollmer, Patrick Chung and a healthy group of players including Malcolm Butler, Marcus Cannon, Brandon LaFell, and Danny Amendola give the Patriots the edge, in my mind. The Chiefs could potentially be without their best receiver in Jeremy Maclin, along with the likes of their two best pass-rushers in Tamba Hali and Justin Houston. The key to beating the New England Patriots, especially at home, is to get to Tom Brady. Without their pass-rushers, the Kansas City Chiefs will find it hard to withstand blows from the Patriots offense. This would place more pressure on the shoulders of Alex Smith to do more than just manage the game, which is not the recipe for success the Chiefs have been using all season. I feel, with the new-found health of New England, along with the injuries to prominent Kansas City players, the Patriots should be able to take care of business at home and advance to the Championship game.

The late game on Saturday is a rematch of a Week 16 demolition of the Packers by the Arizona Cardinals. The final score of that game was 38-8, with Arizona winning at home. I feel the narrative will be the same this weekend. The Cardinals will be facing a Packers team that has struggled for the majority of the second half of the season. From Week 9 on, the Packers played at a sub .500 mark, sporting a 4-5 record and losing the NFC North title the last week of the regular season with a loss to the Minnesota Vikings 20-13. The Wild Card round did offer some hope to the Packers, having scored their second highest point total on the season with 35, and falling just 3 points short of their season high of 38 points scored against the Kansas City Chiefs in a Week 3 win. Though the Packers look to be clicking on offense, I am hesitant recognize their roughing up on the Washington Redskins, who were beneficiaries of playing in the dismal NFC East. The matchup this coming weekend matches the Packers with the Arizona Cardinals, a team that is much better in comparison to the team hailing from Washington. This matchup won’t be a cakewalk for the Packers, and that is why we will witness another beatdown similar to the Week 16 beatdown administered by the Cardinals on the Packers.

Arguably the second best game of the weekend is another rematch of a regular season game. In Week 6, the Panthers traveled to Seattle to face their first real test of the season. In a statement game, the Panthers rallied late and beat the Seahawks by the final score of 27-23. This rematch could be very different than their prior encounter. The Seahawks barely escaped from Minneapolis, only securing the victory after Blair Walsh missed a 27 yard field goal that would have won the game. The 1 point victory by the Seahawks should be worrisome as they prepare to face yet another stingy defense. They will be facing the 6th overall defense this weekend, and after struggling to move the football against the 13th overall defense, which belonged to the Minnesota Vikings, it becomes evident that the Seahawks may continue their struggles. Because of their dominance during the regular season, and what seems to be a favorable opponent, I believe the Panthers will win the game and continue their remarkable season.

The most intriguing game of the week has to be the game between the #1 Broncos and the #6 Steelers. The game, under normal circumstances would be competitive, but that is not the instance. The Steelers did emerge victors of their battle with the Bengals in the Wild Card round, but lost major pieces to their success. The first piece they lost was Antonio Brown. AB suffered a concussion late in the game against the Bengals, and is doubtful for the game this weekend against the Broncos. This is a huge blow to a team that is driven by Brown’s talents on the field. Brown is essentially the Steelers offense, and without him they lose one of the most dynamic offensive players in the NFL. This could help the Broncos in making the Steelers a one dimensional football team. They will already be without their running-back DeAngelo Williams, who suffered an ankle-injury in Week 17, and will rely on two relatively unknown backs Fitzgerald Toussaint and Jordan Todman. These lost players could be enough to point to an easy Broncos victory, but the news of a Ben Roethlisberger injury all but ensures the Broncos will walk away with a win. If the Steelers are forced to play without their best players on Sunday, the Broncos should waltz into the next round of the NFL playoffs.