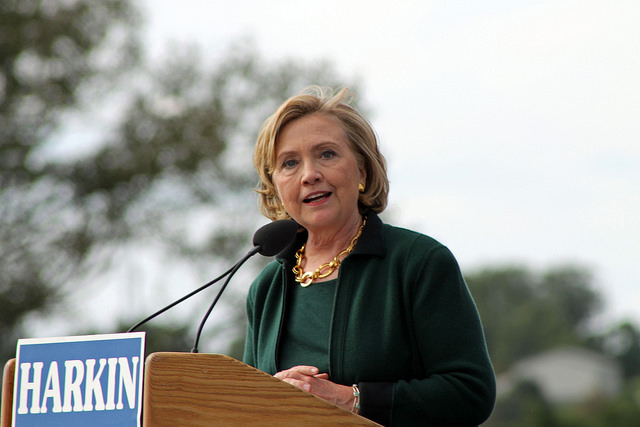 Gun manufacturers are the only industry who are protected from lawsuits when its products lead to death or other violence.

This immunity has left the two leading democratic Presidental candidates at a crossroads. The former Secretary of State Hillary Clinton went on the attack of her counterpart Bernie Sanders as he once voted for gun manufacturers immunity.

“There’s no reason why any one industry should have a unique immunity.”

Clinton has attacked Senator Sanders for not being Progressive enough of guns. This has gained her numerous top endorsements from gun control advocates.

Sanders fired back at Clinton’s attack and stuck to his guns with his vote in the 2005 legislation.

“Like many pieces of legislation, like many of the 10,000 votes that I cast, bills are complicated,” the Vermont senator said at an event in Iowa on Monday, before adding later that he’s willing to “take a look at the onerous parts of that bill.”

Clinton may get her wish of accountability as two Democratic congressman have stood up to fight. Adam Schiff (D-CA) and Richard Blumenthal (D-CT) are introducing the Equal Access to Justice for Victims of Gun Violence Act, which would repeal the Protection of Lawful Commerce in Arms Act (PLCAA). The 2005 legislation that gave gun manufacturers immunity from liability in gun violence cases.

“There’s no reason why any one industry should have a unique immunity. The makers of other products don’t enjoy that. Car makers don’t have that kind of immunity from liability, nor do those who make knives or those who make prescription drug bottles or anything else that may be safe or unsafe.”

Senator Sanders still isn’t buying it though as he says the law would only make mom-and-pop shops immune from liability.

“There are parts of it that made sense to me,” he explained. If you have a small gun shop owner in Northern Vermont who sells a gun legally to somebody and then, you know, something happens to that guy, he goes nuts or something, and he kills somebody, should the gun shop owner be held liable? I think not.”

The hardest hurdle to overcome is straw purchases or purchases made by a buyer that has another person execute the paperwork. A New York investigation found that 16-17 of gun dealers willingly sold to straw purchasers.

The Aurora, Colorado movie theater shootings is just one case that led to lawsuit against Lucky Gunner, the company that produced the ammunition had a lawsuit thrown out because of the PLCAA.

Here’s where I agree with Senator Sanders. Gun manufacturers should only be liabile if they produced a gun that was defective and that gun was bought by a regular person and suffered injury. That’s basic product liability. The manufacturers should be liabile for a defect in their product. The only way the dealer should be liable is if they sold the gun to a known criminal.