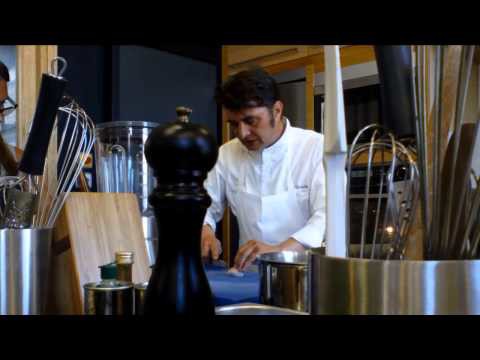 Chef Benoit Violier, a man who held the honor of being the best chef in the world when his Swiss restaurant topped France’s La Liste ranking of the worlds top 1,000 eateries, has died at the age of 44.

Swiss news website 24 Heures said (in French) had reported that Chef Violier was supposed to attend an award ceremony for launch of the new Michelin guide in Paris on Monday.

Chef Violier’s death comes only a few months after his mentor and predecessor at Restaurant de l’Hotel de Ville Philippe Rochat died at age 61 after a bicycling incident.

Chef Violier worked at the restaurant since 1996,  and took over the business in 2012 along with his wife Brigitte.

Chef Violier is known to be a keen hunter and is remembered for signature game dishes and he even produced a book on cooking game meat last year.

The Restaurant de l’Hotel de Ville menu ranged from a quick lunch that cost 195 Swiss francs ($191) to a “discovery” menu that ran at 380 Swiss francs.

Chef Violier grew up in a large family of seven children in Saintes, France. His passion for gastronomy, or good food said to be inspired by his mother from when he was just a boy. And his father taught him about wine, cognac and hunting from his father.

In 1991 , Chef Violier moved to Paris where he trained with some of the best French chefs including Joel Robuchon and Benoit Guichard.

Chef Violier said his time with Robuchon and Guichard taught him:

“rigour, discipline and the art of the beautiful gesture”

He is also known for his legacy as a perfectionist where he said:

“Nothing is ever definitive, everything must be repeated every day.”

The death of Violier has already started a mass mourning as another Swiss chef, Fredy Giradet told 24 Heures that he was “dumbfounded” when he learned about the death of Chef Violier.

“a brilliant man [with] [such] Such talent, and an amazing capacity for work. He was so kind, with so many qualities. He gave the impression of being perfect.”

Renowned French chef Pierre Gagnaire also send his condolences out to Violier when he tweeted:

“My thoughts go out to Benoit Violier’s family. Very sad news about an extremely talented chef.”

If we can learn something from this, it’s that the food world just lost one of its greatest assets.