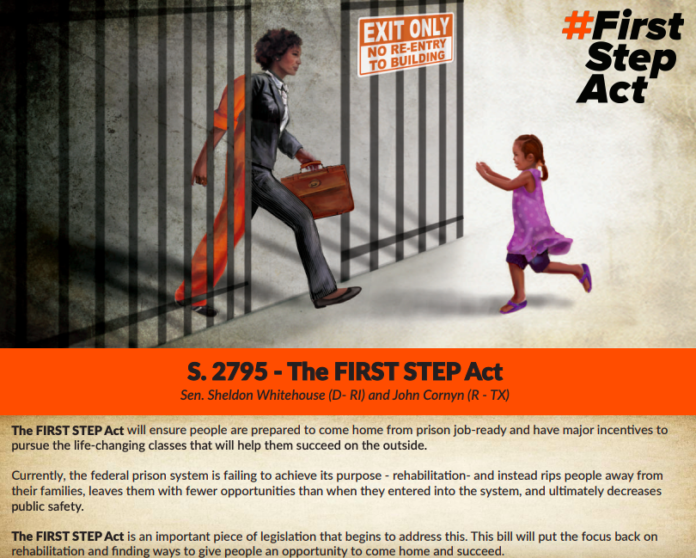 Identity politics plague the American media cycle. This should serve as a sobering reminder that many American systems still rely on racism to survive. They don’t truly want reform.

We already know some of those big industries: welfare, prison, and HUD systems, alongside the mass media industry and more. In effect, players in these industries fuel a national division that squanders reform efforts at seemingly any cost.

Contrary to what many people believe, our government is one of those biggest players.

Thanks to state and privately-funded operations found throughout the American system, racism rages on. It’s also kept alive by our two-party system, which seduces all of us into primal tribalism.

Shaking racism so central to America’s functionality and identity would have been hard enough on its own, but lucky for us, we also get to deal with state programs that profit off of racial inequality. Talking to most people, you’ll find that many are aware of the widespread financial incentive behind racism. Yet, the American people allow racism to be framed as a partisan issue over and over again. Why? We know the dialogue that currently takes place isn’t conducive to reform.

The liberal agenda has pushed this belief that minorities can’t achieve success on their own. How this has gained traction with anyone is beyond me. Here are a few questions I can’t seem to let go about this.

How much minority support for the DNC can be attributed to media portrayal of Trump and his disregard for political correctness? And how much of it is due to that, as opposed to the actual refusal of conservative values?

I find it funny that the further you distance yourself from politics, race seems to matter less. Similarly, conservative principles seem to make more sense to the responsible individual when politics are removed. Obviously, both liberal and conservative ideology present opportunities to better ourselves as individuals and society as a whole.

Yet, the main contributor to poor quality of living for minorities has always been this politicized division. A mixture of democratic governance, manipulative efforts from both parties, and countless backroom deals that have become inseparable from politics have undermined prison and race reform efforts since the times of Jim Crow. The parties are in cahoots, yet Republicans and Democrats citizens often left powerless are outrageously stereotyped. I find that hilariously demoralizing.

But where do we go from there?

How do you shake corrupt government systems when both political parties and their associated members profit so greatly off of them? Through action, I suppose. See, that’s one of the few things I like and will always like about Trump, regardless of the grief that comes with it.

He says ridiculous things constantly and plays the national media misdirection to the tee, only to make deal after deal outside of the spotlight. The man knows how to manipulate a public image.

It’s almost as if he spent a lot of time in show biz.

His propensity to go off-script and turn against almost anybody is scary, sure, but it also makes me think that Trump’s plan to “drain the DC swamp” just might be real. Supplemented by cooperative reform efforts, I can’t help but believe that maybe the DC swamp-draining theory holds some weight.

Just look at what Trump’s term has done for minorities so far, especially when it comes to prison reform. If you took the MSM’s words as true, you’d think a sequel to the Holocaust had already begun. Realistically, this is some of the best progress minorities have seen in decades, despite what the DNC likes to claim. If not ever.

This administration has repeatedly worked to do better by minorities. That is despite Trump’s loose lips and the hyperbolized portrait repeatedly painted by the media.

In this effort to achieve equality, how intertwined these corrupt issues are gets forgotten. Prison, housing, and welfare corruption really are. They all tie together in the urban setting. Trump administration reforms have benefited these minority populations greatly as it pertains to financial empowerment and more.

Do me a favor. Put your political biases aside and look at these accomplishments and stats objectively. I know it’s hard, but let’s look. This administration is doing things that haven’t been done before.

“The FIRST STEP Act (S. 2795), introduced by Sen. Sheldon Whitehouse (D- RI) and Sen. John Cornyn (R – TX), will ensure people are prepared to come home from prison job-ready and have major incentives to pursue the life-changing classes that will help them succeed on the outside.

Currently, the federal prison system is failing to achieve its purpose – rehabilitation- and instead rips people away from their families, leaves them with fewer opportunities than when they entered into the system, and ultimately decreases public safety.

The FIRST STEP Act is an important piece of legislation that begins to address this. This bill will put the focus back on rehabilitation and finding ways to give people an opportunity to come home and succeed.”

2) Past prison reform, the Trump administration is killing it on many other fronts for our minorities

From an Economy & Jobs fact sheet issued on October 26, 2018, via the White House website, specifically noting strides made by this administration on behalf of the African American community. The fact sheet is titled “President Donald J. Trump’s Policies are Delivering Record-Breaking Economic Results for African Americans.” I’ve copy-pasted some of the information from there:

DELIVERING FOR HBCUs: President Donald J. Trump has made supporting our Nation’s Historically Black Colleges and Universities (HBCUs) a key priority for his Administration.

3) From an article called “Black Unemployment Rate Under Trump is the Lowest it Has Been in 17 Years” written by Jonathan Pincus of The Western Journal:

“The national unemployment rate for black Americans, ages 16 and over, is the lowest it has been in 17 years, according to the Bureau of Labor Statistics.

In November 2016, the unemployment rate for black people was at 8 percent, and in November 2017 that rate dropped to 7.3 percent — a percentage not seen since the months of September, October and November 2000.

4) Some more information via https://www.promiseskept.com, a site linked to Donald J Trump’s personal site that works to keep track of promises fulfilled during his term. Much of this focuses on job and minority reform:

What else does the man have to do to show the American people that he’s not truly racist? Just shut up? I can’t disagree there. But seriously, what would be enough to flip more of the American minority voter base to the conservative side? There have been so many years of empty promises from the Democratic Party. What does the American minority generally have to lose?

Does it just take someone who’s willing to be more sympathetic and mindful of their rhetoric in general? You lose a lot when focusing on diplomacy instead of efficiency. I believe that principle spreads into many things past politics. Is there value to diplomacy? No question.

But everybody in Washington is faking pleasantries in order to enrich themselves at the expense of the American people. You have to wonder if we’ll ever have a political system that prioritizes transparency. Not at this rate, especially if you hate Trump.

Will it take another democratic presidency to highlight how much different this one has been for minorities nationwide? Maybe.

Maybe it’s only during and after the first few steps backward that we realize the progress we had made in the first place.