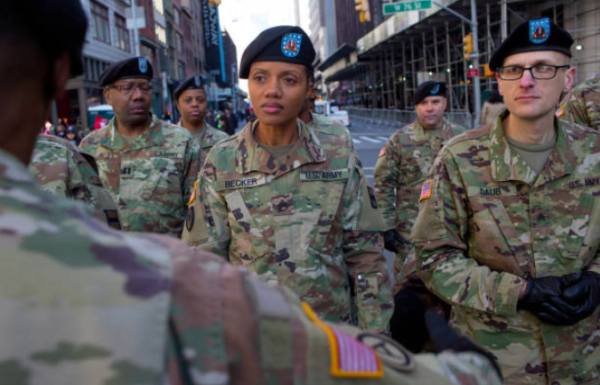 America’s wars in the Middle East are some of the longest-running wars in US history, only barely falling behind the Vietnam War. The US has a huge number of veterans returning home from the Middle East, many suffering from mental health issues like depression and PTSD. While there are options available to many veterans seeking mental health treatment, there is still a large population of veterans who don’t have access to the treatment they need and deserve.

Awareness Is Still An Issue

Though mental health issues have had some time in the spotlight in recent years, they still tend to carry a stigma with them on many levels. Because of this stigmatization, many veterans who recognize that they need help are reluctant to do so, fearing what others might think of them. It is ridiculous that in 2019 there is still a lack of open public discourse regarding mental health, and it is a conversation that is well overdue.

At the time that the wars in the Middle East began, the United States was experiencing one of it’s most peaceful eras in many generations. While there were conflicts that the US engaged in, nothing had prepared the generation of soldiers for the lengthy wars that were to be fought in Afghanistan and Iraq. These wars have resulted in the most returning veterans in over a generation, many of whom served in combat zones and have shown signs of PTSD.

Despite evidence that there are higher levels of PTSD among modern veterans and a wider acknowledgment of PTSD as a legitimate and treatable illness, awareness still has a long way to go. While film and television have gone out of their way in recent years to attempt to show realistic depictions of how PTSD affects veterans, it just isn’t enough for the public to see it in entertainment. Now it is imperative that PTSD and other mental health issues sustained during war are given the national spotlight and are discussed in a frank, productive manner.

Coming Home Can Be Hard

Even if a soldier hasn’t experienced combat while they were deployed, coming home can be a roller coaster of different emotions and experiences. One thing that is a common factor among returning veterans is that they have spent a period of extended absence from their homes and the people that fill their lives. While being able to come and go as they please or eat whatever they want whenever they want it is certainly liberating, the people closest to them can feel almost alien.

This alienation of their closest loved ones, even if they kept in regular contact, can make dealing with PTSD that much harder, as veterans often feel like they can’t even turn to those closest to them. Even though there are plenty of resources for veterans transitioning back into civilian life, and many of the skills that they learned while deployed are attractive to employers, they can feel as though they don’t quite belong. This can lead to a spiraling effect, where veterans who have come home feel like they may not have had a home to come back to.

One heartbreaking effect of this alienation and fear of seeking out help for PTSD is the tendency for veterans to resort to self-medication. While drugs and alcohol may provide temporary relief, in the long run they only compound the symptoms of PTSD and send veterans spiraling into addiction. While the US at large needs improvement in its substance abuse treatment programs, this is doubly true for returned veterans as they are highly vulnerable to addiction.

There Are Options, But We Need More

Luckily, there are some really good options in place for veterans who choose to reach out and manage their PTSD. Military social workers treat veterans and their families, helping them to overcome anything from a service-connected disability to career and educational counseling. These social workers are often a lifeline and help to prevent veterans from ending up on the streets.

However, there is still room to improve in the way we go about treatment for veterans suffering PTSD or depression. While the current system performs well in getting veterans in for care initially and providing a follow-up upon discharge from a hospital, most veterans will attend too few psychotherapy sessions to be effective. Far too many service members fall through the cracks of the system after their initial entry into it.

PTSD can be particularly difficult to treat, as those affected by it generally have wildly different experiences that led to their trauma. Because of this disparity in how effective treatment can be, researchers are often pushing for new ways to approach treating PTSD. Everything from using virtual reality to employing psychedelics in a controlled environment have been used effectively to treat PTSD.

Now that PTSD is being looked at from different angles in regards to treatment, chances are that treatment will only improve over time. However, in order to develop new techniques and technology to treat veterans with PTSD, more funding is required than is currently available. While no one is expecting individuals in a community to raise the money themselves, a quick call or letter to your state representatives to let them know that this is an important issue to you is a good place to start.