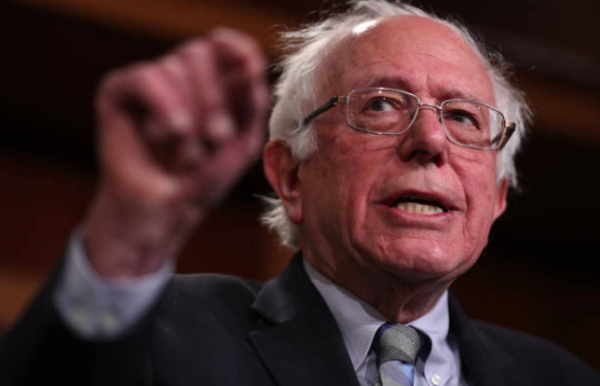 What the heck does that title mean?

It’s a far less complicated explanation than you might think.

This will not take very long, I assure you.

Remember the 2018 midterm elections, and how the migrant caravan in Latin America, heading north, was such a constant reference point for Fox News and many people on the American Right who wanted to score points on the issue of illegal immigration? That was a huge talking point in the weeks leading up to the election.

After Election Day? Poof. The story went away. Funny how it stopped getting the constant airtime it received before Election Day.

What did that sequence of events convey to any reasonable person studying how the media and media personalities work? The answer is plain: A lot of people had a lot of personal, professional, political, or financial incentives (or any or all of the above in various combinations) to write or talk about the caravan. As soon as the election occurred, the relevance of that story in and through various prisms plummeted.

For Establishment Democrats, then, Bernie Sanders is their migrant caravan.

Pick any of the hundreds of members of #TheResistance in the mainstream spheres of commentary which flood your timelines. Take, as just one representative example, Amy Siskind, whose tweets often get thousands of likes, a decent if imperfect measurement for how much of a gravitational pull one has on social media.

This was Siskind before the State of the Union Address and Stacey Abrams’ Democratic rebuttal, in which she commented on the fact that Bernie Sanders — as he has done in previous Trump SOTUs — scheduled a speech through social media channels (not national TV) after the Democratic SOTU rebuttal ended:

This is disrespecting black women, the most important and reliable part of our base. He can speak another night. This is Stacey Abrams’ night. She was the one the party chose. Nope. This is not his night!

.@amyklobuchar is announcing whether she will run on Sunday
??????

The hypocrisy could not be much clearer.

I say “much clearer” instead of “ANY clearer” because one more relevant detail offers perfect clarity, as opposed to 98-percent clarity:

Siskind — in the 12 hours after the end of Abrams’ rebuttal (which began with her praise of Amy Klobuchar using that time to refer to her political ambitions on national airwaves) — said nothing new about Sanders and what he did.

Just like the American Right with the caravan, there was and is a clean “before and after” dynamic. Before Election Day: constant caravan coverage. After: crickets.

Before the Trump SOTU and Stacey Abrams’ rebuttal: Constant attacks toward Sanders. After: crickets.

It is bad-faith politics and bad-faith public commentary. It is bad-faith opinion-shaping and part of #TheResistance which makes the movement the mockery of a travesty of a sham it actually is.

People can and will have differences. Bernie Sanders is not a perfect candidate. He can be criticized on many issues in different ways, but he — like any of the 10,000 candidates running or about to run for President of the United States — deserves to be criticized on policy and substance, not on teenage soap-opera fare such as “stepping on Stacey Abrams’ moment.”

Sanders didn’t speak during Abrams’ speech. Abrams had her say without competition from any other prominent politician. Then, when her speech ended, various Democrats — along with Sanders himself — had their say on social media or television. Cory Booker, for instance, appeared on CBS, while Klobuchar appeared on MSNBC.

None of those candidates stepped on Stacey Abrams’ moment. Yet, only Sanders got attacked.

He is the migrant caravan for Establishment Democrats.

It truly could not be any clearer.