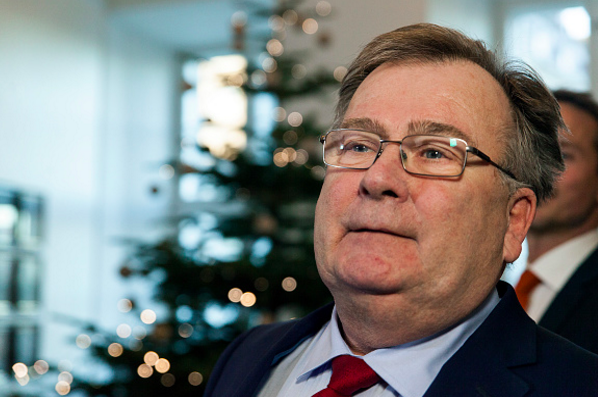 Since the invasion of Crimea By Russian forces in 2014 backed by the pro-Russian separatists, there have been reports of Ukrainian soldiers killed on both sides from the ground battle which amounts at more than 10,000 dead during the Ukrainian conflict. The civil war in Ukraine has sparked a global outcry. Many international communities were shocked by the penetrating Russian forces and aggressive moves further and deeper into Eastern European territories. Some say that Russia is pushing its political influence farther east to have a better military control over the entire European continent.

The “Russian aggression” became the most spoken two words plastered in various media outlets that denigrate and eerily symbolize Russia as the number one aggressor in foreign relations. Reuters reports, “After the change in power, Russia annexed Ukraine’s Crimea peninsula and is accused by Kiev and NATO of fuelling [sic] an ongoing pro-Russian separatist conflict in eastern Ukraine in which close to 10,000 people have been killed.” (16 January 2017). Russia’s aggressive and invasive military deployment has angered The North Atlantic Treaty Organization (NATO), which is a military alliance of Europe and North America. NATO was founded right after World War II to counter the Soviet Union and the Warsaw Pact. NATO was also established to reinforce international ties and diplomatic relations between states.

Since 2014, Russia has made more military drills, moves, and also deployed more military arsenals, equipment, and infrastructure in the Baltic Seas than any other time since the end of the Cold War. The tensions between Washington and Moscow are increased by the military deployment and the recent acquisition of Crimea peninsula in 2014. According to Reuters, “NATO member Denmark plans to increase military spending in response to Russian missile deployments in the Baltic region that it perceives as a threat, its new defense minister said in an interview published on Friday.” The northern countries close to the Russian borders are also deeply concerned about the Russian military exercises and drills.

Reuters reports, “‘We can observe that the Russians now are deploying new missiles in Kaliningrad with a capability to reach Copenhagen. This is, of course, a serious risk,’ [Norwegian defence minister Claus Hjort] Frederiksen told daily newspaper Berlingske.” New missile capabilities are a great concern for the sake of peace in Europe. “Denmark last month offered to deploy 200 troops to a UK-led NATO mission in Estonia, and has said it plans to join a Europe-based missile defense system.” From the reported sources, there are more threats from Russia in the last two years, and NATO and the United States are on higher alert for any possible moves from Russia’s encroachment.

The new president-elect Donald Trump has shown his closer ties with Vladimir Putin, and he is looking forward to building stronger relationships with Russia during his presidency at the Oval Office. In the latest moves from Russia, Reuters say, “In March 2015, Russia’s ambassador to Denmark threatened to aim nuclear missiles at Danish warships if Denmark joined that programme.”

The development of army personnel and military groups demonstrate that tensions and war escalations could be a preparation recipe for something bigger in the end. Another source of information from Reuters explains, “Some 300 U.S. Marines landed in Norway on Monday for a six-month deployment, the first time since World War Two that foreign troops have been allowed to be stationed there, in a deployment which has irked Norway’s Arctic neighbor Russia.” The source claims that it is only for military training during the harsh winter conditions and how to survive in extremely cold temperatures.

Russia, on the other hand, sees these factions of US military arrival at Norway’s base as another threat to destabilize and undermine Russia’s political credibility. The tensions between NATO and the United States have not let up but increase significantly as more EU states are seeing Russia as a serious threat to peace. A statement from the same source, “‘For the first four weeks they will have basic winter training, learn how to cope with skis and to survive in the Arctic environment,’ said Rune Haarstad, a Home Guard spokesman. ‘It has nothing to do with Russia or the current situation.'”

“Taking into account multiple statements of Norwegian officials about the absence of threat from Russia to Norway we would like to understand for what purposes is Norway so … willing to increase its military potential, in particular through stationing of American forces in Vaernes?” it told Reuters at the time.” Norway’s wants to have a stronger military presence on the ground in case Russia decides to encroach further down and closer to Europe. Russia, of course, sees this deployment of military troops in Norway as a provocation attempt.

However, in a 2014 interview with Reuters, Norway’s Defence Minister Ine Eriksen Soereide said Russia’s annexation of Crimea showed that it had the ability and will to use military means to achieve political goals. What is certain is that Russia and Europe are moving toward a serious re-armament of weapons, missiles, military equipment, and defense system mechanisms to counterattack each other in times of possible rise of conflicts between Russia, Europe, and the United States.

Elections in Pakistan: Rigging or Kingmaking?