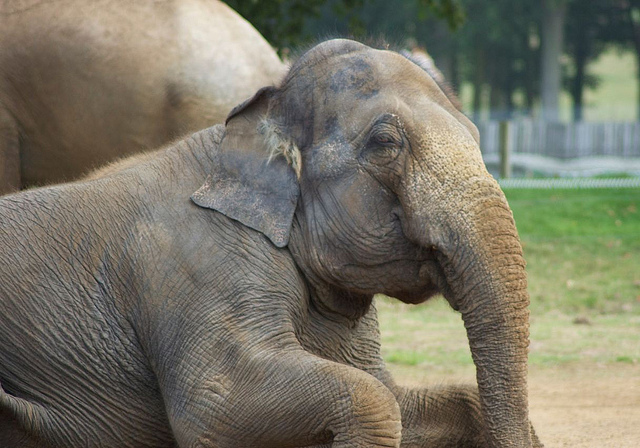 In Kolkata, India, five people were killed by elephants in two separate attacks in Eastern India after being trampled and toss around by the massive animals. After the attack, the elephants were tranquilized but one sadly died shortly thereafter.

The adult Indian elephant, smaller than its cousin the African elephant can weigh anywhere from 4,000-11,000 pounds, making for a pretty unfortunate encounter.

A senior forest official said that one of the men was walking out of his house located in a village of the Burdwan district when he encountered five elephants that tossed him in the air before trampling him to death.

In another incident on Sunday in a separate part of the Burdwan district, four people were killed after an elephant encounter.

One of the attackers in the group, a male elephant, was tranquilized and later died. The adult female and its calf managed to escape but the wrecking crew left a trail of destruction behind.

Encounters with nature isn’t that uncommon in India, especially when it comes to elephants. As the human population in India keeps growing, now past 1.25 billion, cities and towns expand their land into jungles causing environmental distress. In India and Sri Lanka, the expansion has caused more than 400 elephant and 250 human deaths each year because of such encounters.

Last month, an East Indian town of Siliguri was subject to a wild elephant rampage that caused massive damage to homes and cars, and even forced some of the village residents to move away.

Perhaps the most known incident of human and elephant encounter was in the summer of 2011. Two wild elephants were reportedly searching for food in village when they encountered human and the proceeds to rampage because of uneasiness. Luckily, in the incident, the elephants only killed one individual. The two elephants rampage was caught on video before being shared widely across social media.