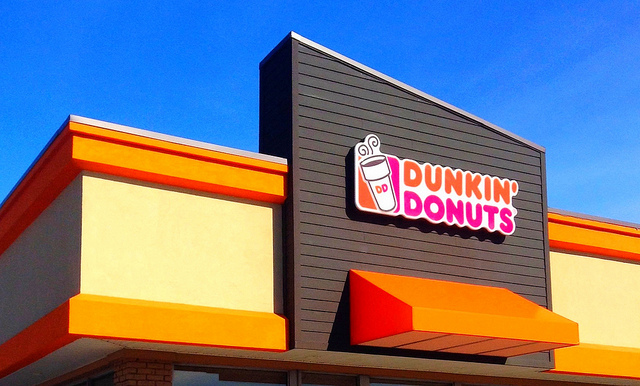 Twelve Dunkin’ Donuts locations in New York and New Jersey are facing a class action lawsuit after two lawsuits filed against them claimed that the coffee giant taxed otherwise nontaxable foods items and coffee beans. The chain has allegedly overcharged and the collected nearly $14 million over a three-year period.

Carl Mayer, the attorney who filed both lawsuits told the New York Post that:

“Dunkin’ should stop dunking their customers and provide customers with refunds or discounts so they are made whole,”

One claim in the class action lawsuit states:

The class action lawsuit has said that New York customers paid an extra $10 million for coffee related items and New Jersey counterparts have overpaid by $4 million as well. Mayer and the five residents believe that approximately 70 percent of all transactions at twelve stores charged the unnecessary tax. In New Jersey, bags of pre-ground coffee were charged with a 7 percent sales tax.In the lawsuit there are a few troubling points that might make the case a corporate issue and not just a select few franchises. The suit states:
“As part of the licensing franchisee agreement, Defendant Dunkin’ Brand, Inc. sets and controls the prices and taxes to be assessed by each franchise store and programs them into each cash register, including the cash registers in New York. 31. When Defendants sell pre-packaged coffee at their New York stores, a surcharge is automatically added on to the purchase price in the guise of a “sales tax”.If this was true that the corporate level sets the tax rate than that means that “corporate” is the one who is breaking the law because New York law has stated:

“most food is exempt from sales tax. Food must meet three requirements to be exempt from sales tax: i) it must be sold for human consumption, ii) it must be sold unheated, and iii) it must be sold in the same form and condition, quantities, and packaging as is commonly used by retail food stores.
The plaintiffs even called New York Department of Taxation customer service and were told
“that pre-packaged coffee is not supposed to be taxed under New York tax regulations because it is sold unheated, for off-premise consumption, and in the same form, condition, quantities, and packaging as commonly sold in grocery stores.”
By that logic from the New York Department of Taxation as well as the actual law, Dunkin’ Donuts is about to get smacked with a huge violation and the court will come down with an iron fist. Furthermore, it gives life to the “corrupt” corporate greed that so many have made. Finally, Dunkin Donuts honesty as a business is going to come under fire if it is found that this $14 million dollar scum bag move is a part of a larger problem.
[quads id=”3″]
Image courtesy of Flickr