As the 2021-22 NBA Season quickly approaches, there are many storylines to watch. The season begins on Tuesday, October 19 when the Nets and Bucks tip-off in Milwaukee. Throughout the tumultuous 2021 NBA Offseason, many newsworthy events occurred. Several teams have been unable to resolve these issues and many will carry over into the beginning of the season. This includes the Ben Simmons situation in Philadelphia where the 76ers star point guard has requested a trade. Another storyline to watch as the season begins is Damien Lillard’s future in Portland. In the coming weeks and months, teams will attempt to address these storylines. But one thing is for sure, the NBA will not be lacking in intriguing subplots to the basketball calendar. So let’s dive into some of the most important storylines to watch as the NBA season gets underway.

1) Will Ben Simmons still be a Sixer by the All-Star Break?

Philadelphia 76ers point guard Ben Simmons declared during the offseason that he wanted to be traded. This occurred after Simmons flamed out in the 2021 NBA playoffs, famously failing to take more than three shots during the fourth quarter of the Sixer’s entire playoff series against the Atlanta Hawks. After facing extreme scrutiny from fans and players alike, Simmons decided he would never suit up for the 76ers again. This situation was likely not helped by Sixers coach Doc Rivers either, as the former champion-winning coach said “I don’t know” in response to a question from the media as to whether or not Simmons could be a starting point guard on a championship-caliber team. Now with the season quickly approaching, Simmons has reported to the 76ers to take a Covid-19 test. As to whether or not he will be ready for opening night, Rivers again expressed a lack of knowledge.

It seems that Simmons and the Sixers are heading down the James Harden path of last season. Harden, the former Houston Rockets superstar guard, requested a trade last offseason. However, the Rockets were unable to find an offer they liked for Harden. So, they began the season with the disgruntled superstar on the roster. Harden ended up with the Brooklyn Nets after a four-team mega trade in January. A similar situation may unfold for Simmons. While not nearly the player Harden is, Simmons is still a strong starting point guard on nearly any NBA team. His penchant for triple-doubles and his exceptional defense may help some teams forget his lack of a jump shot. Ultimately, time will tell how the Simmons situation in Philadelphia unfolds. But it would not be surprising if the 2016 former #1 overall pick is playing for another team by January.

2) Can the Warriors Contend Once Again?

The Golden State Warriors, winners of three of the past seven NBA Finals, are once again healthy heading into a new NBA season. Last year, the Warriors battled injuries up and down their roster. They lost superstar guard Klay Thompson for the season and missed Steph Curry and Draymond Green due to various injuries. Now, almost fully healthy, the Warriors seem content on challenging for a title once again. A few questions arise as to whether or not this will be a reality for Golden State. First, can their small additions help to balance out a seemingly top-heavy roster with Curry and Thompson? They added former Wizards forward Otto Porter and brought back former finals MVP Andre Iguodala. If they are successful, the Warriors could be the most fearsome opposition to the favored Lakers.

One thing to keep in mind when it comes to the Warriors is the status of Andrew Wiggins. Since being acquired from the Timberwolves in the DeAngelo Russell deal, Wiggins has been hot and cold for the Warriors. He showed flashes last year of being a legitimate starter on a championship-caliber team. On other occasions, Wiggins failed to impact the game and was ultimately held scoreless. As the NBA season begins, coach Steve Kerr says that Wiggins is “weeks away” from being in shape to play. So it seems that the Warriors main return for Russell will be held out of games for the time being. One thing is for sure though when it comes to the Warriors. They will win their share of games with the star power of Curry, Thompson, and Green. The only question is will they just be playoff contenders, or championship contenders?

3) What is Damien Lillard’s Future in Portland?

Portland Trail Blazers superstar point guard Damien Lillard has had a very interesting offseason, to say the least. The former Weber State University standout has to this point stayed loyal to the franchise that drafted him and not requested a trade. However, varying reports have indicated Lillard is considering the idea of requesting a trade and moving on from Portland. All of this came to a head after longtime coach Terry Stotts parted ways with the franchise in June. During the Blazers’ hiring process, General Manager Neil Olshey zeroed in on Clippers assistant coach Chauncy Billups. However, Lillard apparently was not sold on Billups and requested the team target someone else. The team ended up hiring him and Olshey tried to placate his star guard by trading for Cavaliers forward Larry Nance and extending recently acquired guard Norman Powell.

Now with Lillard on board for the time being, it seems his immediate future is in Portland. However, this is likely a make-or-break season for Lillard and the Blazers. A slow start or disappointing early playoff exit may mark the end of Lillard’s time in Portland. Many teams around the NBA realize just how delicate this situation is and how easy it may be to convince Lillard he has a better chance of winning a championship elsewhere. Teams like the Philadelphia 76ers have been tied to Lillard all off-season long, so a trade is always possible. It is also important to note that Lillard’s longtime backcourt partner, C.J. McCollum, has been subject to trade rumors. It seems that if Portland disappoints this season, both Lillard and McCollum may be on their way out. But only time will tell what Portland’s roster looks like at the end of the season.

4) Can the Lakers Deliver Lebron his Fifth Title?

The Los Angeles Lakers spent the 2021 Offseason adding several impact players. The only caveat is that nearly all L.A.’s additions were of the veteran variety. The team traded for former MVP Russell Westbrook, brought in Trevor Ariza, and signed Carmelo Anthony to name a few. Veterans seemingly flocked to the Lakers this offseason to try to win a title with Lebron James, similar to Tom Brady’s effect on the Tampa Bay Buccaneers. It seems that the Lakers are wagering a roster with an average age over 30 can defy the odds. With Lebron anything is possible, but L.A. is taking a sizable risk with older players (many of which are injury-prone). This is not even to mention that James himself and Anthony Davis have each missed large chunks of time recently. But with the roster healthy at this juncture, it seems the Lakers are willing to make that wager.

Coming into the 2021-22 NBA Season, target=”_blank” rel=”noopener”BetOnline pegs the Lakers and Nets at 3/1 odds to win the 2022 NBA finals. Despite the fact that the Suns are returning with most of their playoff core intact, the Warrior’s are returning healthy, and the Jazz, Clippers, and Nuggets still lurk as legitimate playoff contenders, the Lakers are still strong contenders. Los Angeles’s title hopes again rest on the health of both Lebron and Davis. If they can stay healthy, it’s a good bet the Lakers will make a deep playoff push. But if they do not, it will likely be another long season in the City of Dreams, reminiscent of James’s first year with the Lakers in 2018-19. Time will tell the Lakers fate, so the only question that remains is will time cripple the Lakers?

5) How will the Kyrie Iriving Situation Shake Out?

Brooklyn Nets guard Kyrie Irving has had an eventful offseason. He has refused to take the Covid-19 vaccine and is now in jeopardy of missing all Nets home games due to local health orders. The Nets and coach Steve Nash have said they do not intend to play Irving in just half the team’s games. This means the team will be sitting one of the league’s best players due to his vaccine status. Nash has said that Irving will not join the team until he gets the vaccine. So the only thing the organization can do is to encourage him to get the jab. Irving’s refusal to get the shot means that he could potentially lose over $17 million (half of his $35 million salary) for missing all the Nets’ home games. Irving has said his decision is personal and has nothing to do with the vaccine’s efficacy.

For the Nets season outlook without Irving, the club is still a championship-caliber threat in the East. But obviously, the Nets would like Irving to get vaccinated and join the club so that the team can once again form the big three (with Kevin Durant and James Harden) that was so successful last season. The potential consequences of Irving being out for an extended period or potentially the entire season are pretty wide-ranging. Without their third star, the Nets are certainly a threat but not an unbeatable foe in the form of the 2015-18 Golden State Warriors. Irving’s absence opens the door for potentially fierce competition from the reigning NBA Champion Milwaukee Bucks, as well as other teams such as the Philadelphia 76ers and Miami Heat. Irving really is making an impact on basketball, but this year it goes well beyond his abilities on the court.

Clearly, the 2021-22 NBA Season offers many storylines and intriguing news. From players requesting trades to the structure of teams to the vaccine situation, the NBA really is a fan’s dream. Many questions will arise as to how these plentiful storylines will shake out in the coming weeks and months. How will clubs sort out trade requests such as the 76ers’ situation with Ben Simmons? How will other teams keep their superstars happy and convince them to stay put long-term? And how will team construction, be it through the draft or free agency, affect how well clubs perform? All these questions and many more will be answered as the NBA season unfolds over the next several months. But one thing is for sure, the entertainment and thrill that the NBA entails for all fans of the game is alive and well in 2021. 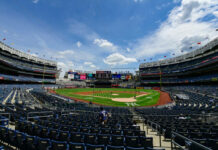 How To Shorten An MLB Game 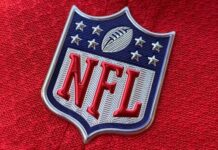 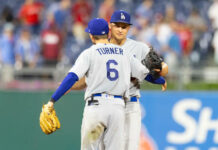 Los Angeles Dodgers: The Art of Building a Contender

The Absurdity of Kyrie Irving’s Desire to Part Ways With the...

The Case for Abolishing the NBA Draft

Ben Simmons is a Playoff Nightmare