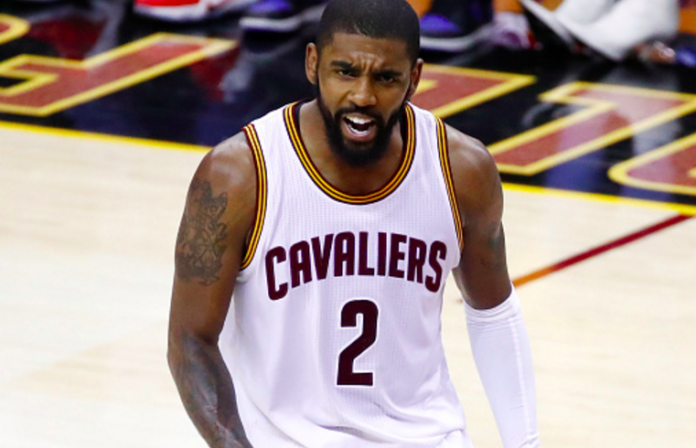 Kyrie Irving has completely lost his mind if he so desperately wants to part ways with the King of the Hardwood for the past 13 years and has only been getting better. To me, this is an obvious case of a young, rich, egotistical, testosterone-driven guy with his priorities completely misplaced. The nice way to put it is so he can “build his own legacy.” Why else would you turn down guaranteed trips to the finals for the foreseeable future? What do you have to gain by leaving Cleveland? Does Kyrie Irving even have the potential to build his own legacy? Of course not; a fish might as well attempt to climb a tree. No matter how it’s twisted, it’s impossible for Kyrie Irving to build his own legacy because if he were to win a title in any city, he would be the number two guy on the roster. This is because Kyrie Irving’s skill-set is too limited to actually carry a team to a championship in today’s superteam-infested NBA. Sure, he can score, but he’s a relatively low-assist point guard, who can rarely grab rebounds and is wildly incoherent on defense. James Harden, Russell Westbrook, and Stephen Curry are having trouble establishing their own legacies, and all of them are at least a set of stairs above Kyrie Irving’s skill-set, so who is he kidding?

What NBA fans are glossing over is the fact that Kyrie Irving leaving the Cavs isn’t just a stupid move for his own good, but it would totally destroy Cleveland as well. It’s a cut off your nose to spite your face routine. In other words, it’s impossible for Cleveland to win a trade if they trade Kyrie Irving. As for Koby Altman, Kyrie Irving may have to show more disdain for his big brother in order for a trade to actually take place. Perhaps if Stephen A Smith’s sources were correct that LeBron James wants to beat Kyrie Irving’s ass are correct, a trade may be inevitable. If Kyrie Irving leaves, this will obviously be LeBron’s last season in Cleveland and then they will fade back into oblivion. Of course, if all of this goes down, the NBA history books will cast the blame on LeBron for Cleveland’s collapse, but ultimately, the blame would fall on Kyrie Irving’s shoulders.

As far as Kyrie Irving wanting to go to the Knicks, good luck with that. This is like migrating to the Soviet Union, I never knew it was even a “thing.” To quote Michael Rappaport, he may want to have a decent bowl of sushi on a Tuesday night, but he’s not a 35-year-old washed up has-been who’s career is winding down. Kyrie Irving is a 25-year-old young talent who still has tremendous career potential. Why would he throw himself in a rut of an organization known as the New York Knicks where the next biggest star clearly wants out, doesn’t make his own teammates better, and hasn’t improved himself in recent years. There’s not even any guarantee that Carmelo Anthony will be on the Knicks next season, let alone long-term, so what’s the point of causing such a stir anyway? That being said, by all means Scott Perry, please do what you can to get Kyrie Irving in a Knicks uniform.