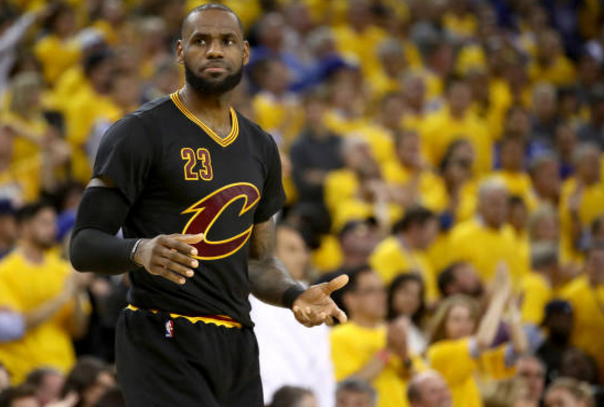 The hottest topic right now is obviously about LeBron’s “tarnished” legacy thanks to his collapse to the superteam of the century. On ESPN and Fox Sports, the most well-known NBA aficionados have been pontificating about the shortcomings of LeBron James’s legacy while reminiscing about Michael Jordan, Magic Johnson, and Kobe Bryant’s legacies through rose-colored glass. Scottie Pippen says that LeBron James hasn’t surpassed Kobe Bryant at all. First of all, there are really only two players in the modern history of the NBA in which you even have an argument to make against LeBron James: Michael Jordan (the easiest anti-LeBron weapon) and Magic Johnson (plausible but significantly weaker.)

The one argument that should have been put to rest at least two years ago was the Kobe Bryant- Lebron James debate, since it is the most widely accepted fact-free, baseless argument in the history of sports. In just about any sports argument that can be debated, there’s at least some merits on each side of the debate. However, the “Kobe is better than LeBron” argument is the equivalent to arguing against the laws of gravity. The number one argument the LeBron haters and Kobe fanboys love to cite is the “Kobe has five rings” argument. Of course, they love to conveniently leave out the context to those five rings. Kobe Bryant played second fiddle to Shaq the first three rings he won. Kobe Bryant was only finals MVP twice as opposed to LeBron James’s three. Lets also take into account that LeBron’s first back-to back-titles are similar in merits to Kobe Bryant’s first back-to-back titles, but LeBron’s third ring against a 73-9 Warriors superteam blows any of Kobe Bryant’s titles out of the water. What’s also worth mentioning is that LeBron James was undoubtedly a better player than Kobe Bryant in the 2008-2009 and 2009-2010 seasons in which Kobe Bryant won back to back titles; James just had the supporting cast of Bambi to back him up.

The other side of the same token is that LeBron James’s Finals losses need context as well. Three of LeBron’s five Finals losses were undoubtedly more impressive than Kobe Bryant’s first three rings, (2007, 2015, and 2017.) In 2007, LeBron James led a team to the Finals which otherwise would have probably won less than 20 games in the regular season. LeBron’s best teammate that season was Larry Hughes. It’s also safe to say that all of LeBron James’s finals opponents since 2014 have been better than anybody Kobe Bryant has defeated in the finals. In 2015, LeBron James might as well have had Lieutenant Dan as his best teammate when Kevin Love and Kyrie Irving went down for the count, and he was still able to take the sixty-seven win Warriors to six games. It’s also worth noting that he was the best player on the court by a landslide in that series. Lets put this into perspective, he averaged 36 points, 13 rebounds ,and 9 assists, and the guy who “contained” him won Finals MVP. Last and certainly not least, the 2017 finals. In the 2017 NBA finals, LeBron James averaged 33.6 points, 12 rebounds, and 10 assists per game with .615 scoring efficiency, and now somehow his legacy deserves to be tarnished. The Warriors since 2015 have been more difficult obstacles to overcome than any superstar has had to endure in the history of the NBA. Michael Jordan was never even able to beat the Pistons until they began to age, and the Pistons weren’t half the superteam of the past three year’s Warriors teams.

All I ask to all basketball fans and NBA experts, just keep in mind that Finals wins and losses always need context in order to create an accurate depiction. Sure, Bill Russell won 11 rings, but since he might as well have competed in a YMCA league, he’s rarely even regarded as a top five all-time great, let alone the greatest ever. Just frame the question this way: would Michael Jordan have beaten the Golden State Warriors with LeBron’s 2017 roster? Of course not; it’s at best debatable that Michael Jordan’s 95-96 Bulls would be able to beat the 2016-2017 Warriors. In fact, there’s actually very little doubt that the 2017 Warriors would knock off the 1996 Bulls. As great as Michael Jordan was in the 1996 NBA Finals, LeBron James in this year’s finals blows Michael Jordan out of the water. Don’t believe me? Let the numbers speak for themselves. (1996 NBA Finals stats.) (2017 NBA Finals stats.) In fact, if one were to take Michael Jordan in the 1996 NBA finals and put him on the court in the 2017 NBA finals, he’s undoubtedly the third best player on the court. Not to mention, this year’s Finals performance was not only the best of LeBron James’s career, but the best finals performance in the history of the NBA. In fact, only Michael Jordan’s 1993 finals performance and ironically enough, Kevin Durant’s 2017 finals performance even compare to LeBron James’s performance in this year’s finals, forget about any of Kobe Bryant’s finals performances. (1993 NBA Finals Stats.)