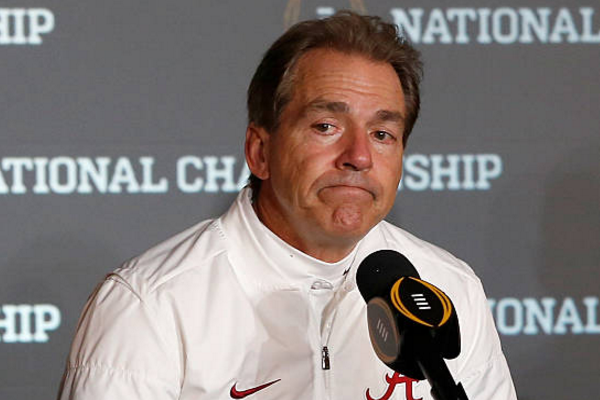 It is pretty safe to say the NCAA is failing at this point, right? The legitimate rebuttals grow fewer each year and the need for reform has become more obvious. According to sports economist Andrew Zimbalist, co-author of Unwinding Madness, the NCAA has lost control and is currently providing poor governance to intercollegiate athletics.   Some conclude it started in the ’80s; others say it was the early 90s, but everyone is aware that the commercialization of college athletics became more important to the NCAA than the wellbeing of student athletes. Zimbalist argues that college sports have slipped into an “educational, ethical, and economic crisis.” Some of you are thinking, “Hey! Isn’t the NCAA a nonprofit organization completely controlled by university presidents?” The “Presidential Control” plan was supposed to ensure that education remained a higher priority than athletics. Yet the reform that occurred in 1996 failed to do anything but open the floodgates on commercialization and prove that University presidents could not in fact control college athletics. One could conclude it should’ve been expected. All of those brilliant bow tie wearing leaders were spawned in academia.  Surely they were no match for pure private sector market forces and greed. In fact, the presidents that were brave enough to call for reform were criticized and some lost footing with their universities’ board of directors as a result. By the year 2000, college presidents had all but yielded complete control to athletic directors and coaches.

In the present, the facilities race in college athletics is out of control. Every year record revenues are recorded in some areas of the market, but record losses are also being posted at a greater rate. Some of the spending is cartoonish and truly doesn’t benefit the student athletes in any way. Power 5 schools are competing in efforts to build the biggest video board. Auburn’s 2015 video board project had a price tag of 13.9 Million dollars. Tennessee spent $37,000 on rings to commemorate their big win in the Music City Bowl. I know, right!? The salaries of coaches and athletic directors continue to increase, and huge buyouts to fire or hire away a coach are now commonplace. The athletics arms race increased from $2.6 Billion in 2004 to $4.4 Billion in 2014. This type of spending is making the NCAA business model unsustainable.

The NCAA–and retired congressman of twenty four years, Jim Moran Jr.–have both stated that roughly 20 Division I schools turn a profit from sports. Moran Jr. went on to say that in forty states, the highest-paid public employee is a football or basketball coach. Many schools profit nicely from their football and basketball programs, but they don’t clear enough to support not revenue generating sports. For this reason you might have noticed field hockey, swimming, and diving disappearing from your state school. Even as the Power 5 schools slash these programs they can only go so far; Title IX will ensure that female athletes have equal opportunities to compete.

Overall universities do benefit from athletics.  Having high profile athletics programs is attractive to prospective students, helps secure large donors, and has been correlated to academic success. Eventually, student athletes will win the right to compensation in the commercialized playing field. There will be resistance–after all, the average loss for Division I athletic departments was $11.6 Million in 2013. Athlete compensation could compromise even some Power 5 schools, as many schools are seeing a decline at the turnstiles. Ticket sales and attendance is declining in college football.   College basketball is also enduring declining attendance, albeit at a lesser rate. The main revenue stream of college athletics has resulted from cable TV contracts. ESPN inked a deal to air the College Football Playoff for twelve seasons at $470 Million annually. CBS owns the rights to March Madness for $1 Billion annually. Unfortunately, ESPN, the king of the sports broadcast world, could not for see losing 12 million subscribers over the last six years. People are cutting ties with cable and opting for streaming services, services that are very bad news for ESPN. In the future giant media deals won’t keep college athletics afloat. Ticket prices will go beyond the middle class, schools will be forced to leave Division I, and some programs will be forced to abandon football and basketball completely.

So what are we going to do? How can all this moving money be balanced?  Point number one is coaches are overpaid, all of them. In 2016 every full-time Power 5 assistant coach made at least $100,000. In 2017, Nick Saban will eclipse $11 Million, bonuses included, and last season thirty-two public schools spent over $6 Million on their college football coaching staff.  If a salary cap would be placed on coaches, more teams could remain competitive, but the cap could be placed high enough to let the aggressive programs execute their plans. At $5 Million, roughly fifty teams could content for a national championship.

Furthermore, the teams that wish to go beyond $5 Million could adhere to a soft cap. They could pay a luxury tax to the NCAA, for example. The money saved could provide aid in athlete benefits and stipends. It could also allow coaching staffs to add personnel, lessening the blow of the coach per player ratio problem in football. The cap could push the scale, tipping salaries (Harbaugh, Saban) back to the NFL. In the big scheme of things that is most likely a positive.

Andrew Zimbalist, mentioned above, argues that congress should grant the NCAA a conditional and limited anti-trust exemption. This would allow the NCAA to impose policies such as a salary cap. Congressman Charlie Dent (R-PA) called for the creation of a presidential commission to investigate the problems of NCAA athletics. However, it should be expected that until the Trump transition is complete, such matters and commissions will be overlooked in favor more pressing political issues.