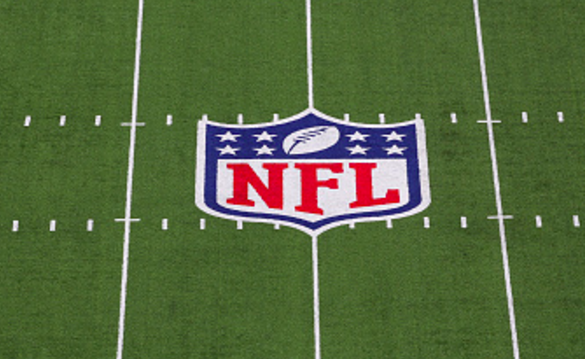 Emboldened by its “Deflategate” victory handed down by the 2nd Circuit Court of Appeals, the Commissioner’s Office has taken controversial actions to “protect the shield.” These came not in response to players violating league rules or conduct policies, but as proactive measures to craft public perception in the league’s favor.

Goodell demanded that four players named in an Al-Jazeera documentary meet with league officials, as part of the NFL’s ongoing investigation into the use of performance-enhancing drugs. Goodell gave all four players an ultimatum: show up by Aug. 25 or face suspension.

The fact is that the current collective bargaining agreement between the league and the NFL Players’ Association contains no language that explicitly gives the Commissioner’s Office the power to demand a player appear for an interview under threat of suspension without significant evidence that said player violated league policies.

Since the 2nd Circuit’s ruling, however, Goodell’s office seems to have carte-blanche license to ignore the CBA. That license was affirmed by all four players agreeing to the in-person interviews despite the league’s weak case against them.

Clay Matthews and Julius Peppers will be the first to meet with league officials, then Mike Neal and finally James Harrison. While all four initially refused Goodell’s threat, sending affidavits in lieu of appearing in-person, their eventual acquiescence to Goodell’s demand acts as further proof of the NFLPA’s powerlessness to hold Goodell to the terms of the current CBA.

Being named in the Al-Jazeera documentary is weak evidence of any violations–the NFL has made that clear. Former quarterback Peyton Manning was also named in the documentary, and investigated by the league. After the NFL concluded its investigation, the league announced that there was no credible evidence that Manning used any PEDs.

The Al-Jazeera documentary’s claims have been further weakened by the reporter and the source involved. Deborah Davies, the reporter involved, said that the documentary never alleged that Manning actually used HGH, but merely that several shipments of the drug were sent to Manning’s wife. The source, former Guyer Institute intern Charlie Sly, recanted all his claims in the film as well.

Thus we have a report that the NFL has stated has produced zero credible evidence of any wrongdoing thus far, debunked by the original source of the allegations, and clarified as being harmless by the reporter who put the piece together. Regardless, Goodell has used it as reason to flex his new muscles.

It isn’t that Goodell has zero reason to worry about PED usage in the league. Pro Bowl tight end Antonio Gates was suspended four games in 2015 for a positive test. Philadelphia Eagles offensive lineman Lane Johnson was recently suspended ten games for a positive test as well.

It’s unlikely that these interviews will turn up anything significant. There’s a strong chance that after the league concludes its investigation into these players, it will announce similar findings as it announced regarding Manning.

Whether or not any of these four players have ever used any PEDs isn’t the crucial matter in this situation, however. It’s the extent to which Goodell is willing to go to in order to create a public perception that favors the league.

There is a cost to all of this message-crafting and muscle-flexing. In 2020, the current CBA will expire. Through Deflategate, player angst over what they perceive to be team-friendly contracts, and discontent with the league’s drug policy, a rift has developed between the league and the NFLPA. These actions have only acted to speed the decay of that relationship as evidenced by the recent comments of the Pittsburgh Steelers’ Ramon Foster.

“It’s coming. They’ve hired certain people on their legal team, the NFL has, and we have to be the type of players and union that’s not borrowing money from banks and stuff like that to survive a lockout, a strike. That can’t happen this time around. We have to be smarter this time around because there are a lot of things we’re going to be fighting for and a lot of things they are going to want and we’re going to want, too.”

What is Goodell willing to ruin the relationship between the league and its players and risk a work stoppage for? Battling against the tide of negative perception in the public eye, it’s the lesser of two evils.

History has shown that fans are willing to forgive the cancellation of games and mistreatment of players. The NFL has a legal monopoly on professional football, and continually-rising revenues are proof that fans want their football regardless of when it comes or what cost it represents for those involved in bringing it to them.

What Goodell obviously believes that the league won’t survive, however, is a strongly- and widely-held public perception that the NFL is indifferent to the integrity of its product. The concussion drama and Deflategate are further evidence to this philosophy. The NFL has to present itself as obsessed with the integrity of its game above all else.

If games and the careers of players are the cost of avoiding the league turning into a public perception dumpster fire, that’s a cost that Goodell is willing to pay.