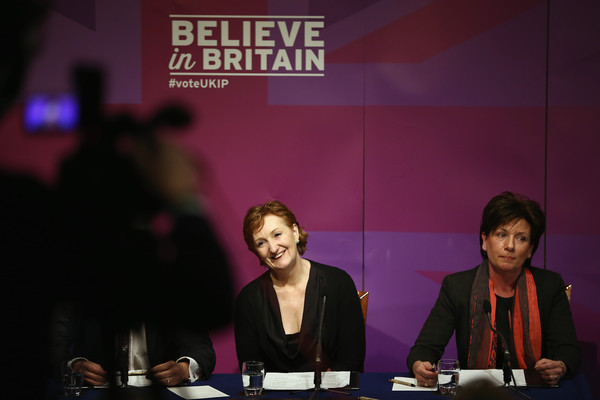 “I feel I have done my bit. I couldn’t possibly achieve more than we did in that referendum… I won’t be changing my mind again, I promise you.”—Nigel Farage, 4th July 2016.

When Nigel Farage announced that he would be stepping down as leader of the UK Independence Party, his colleagues still had reason to be optimistic. Following the United Kingdom’s decision to leave the European Union, some voters found themselves in desperate need of a group to represent their views.

The most disaffected group at the moment seems to be traditional Labour voters, many of whom voted Leave, as the Labour Party is struggling both to represent and impress them. This problem will continue regardless of who wins out of Jeremy Corbyn and Owen Smith, the latter of whom has recently called for a second EU referendum; something which may well appeal to middle-class Remain voters, but not the people Labour is trying to win back.

A socially conservative but economically anti-globalist party would likely be welcomed with open arms in working-class areas of England. Not only is this an opportunity for UKIP to push on electorally; Farage’s resignation gives the Party a chance to create a new identity for itself.

For years, UKIP was seen as the Party of Nigel Farage and not much else. Douglas Carswell’s defection from the Conservatives gave them a second high-profile figure (and an MP), but the rest were seen as “fruitcakes, loonies and closet racists“, carefully being kept out of the public eye so as to avoid embarrassment. There are genuine “fruitcakes, loonies are closet racists” within the Party, but there are plenty of strong politicians, too. They now have the chance to emerge from the shadows and showcase their ability.

It hasn’t been that simple. Since the 4th of July, UKIP has descended into a discord of bickering, missed deadlines and, to put it mildly, farce.

Ever since Carswell’s arrival and possibly before, there was an obvious split in the Party. This split at first seemed ideological: the protectionists and the globalists. The first group, the larger of the two, headed by Farage, was and is conservative in the truest sense of the word. They want to preserve British culture and industry by cutting down on immigration and foreign competition. The other group, headed by Carswell, are globalist radicals. They want the Party to offer “radical, popular capitalism” and to make Britain as innovative a country as possible.

This split needn’t have mattered. Though multiple ideologies are difficult to manage in small political groups, UKIP should have advertised itself as a broad church. The protectionists could have appealed to working-class Labour voters in the North; the globalists to libertarian Tory voters in the South.

Instead, the split became personal. Worse still, it was all played out in public. Media outlets must have thought they were in dreamland. Quotes from Carswell and Farage taking a swipe at one another were rarely in short supply, and now matters have got to the point where representatives have insulted each other on Twitter.

The opportunities to use any ideological differences for the better and to put personal differences aside for the good of the Party were not taken. However, the leadership election could have put an end to it all. There were plenty of strong candidates for leader: Carswell, Paul Nuttall, Suzanne Evans and Steven Woolfe all come to mind. Staggeringly, only one of them is running.

Carswell hasn’t been a member for more than two years, meaning he could not stand for the leadership, but his recent behaviour and constant criticism of the Party put paid to any chances of him ever becoming leader. Besides, his globalist outlook isn’t suited to current needs as winning votes in traditional Labour heartlands should be the top priority. His situation is disappointing more from an image point of view.

Nuttall could well have done an excellent job of appealing to working-class voters. However, his past comments on the NHS would have easily been used against him. In any case, he declined to run for leader. UKIP can only hope that he will continue to be involved in the Party, regardless of some of his more unpopular views.

Evans rose to prominence after her speech at the unveiling of UKIP’s manifesto for the 2015 general election. Farage heaped praise on her, with many touting her as a future leader. She has since been suspended from the Party for allegedly planning a coup against the leadership; another farce to add the collection. She would have been a very strong candidate to replace Farage, but there is no chance of it happening now.

Woolfe was the overwhelming favourite to become the next leader until perhaps the biggest embarrassment of them all occurred: he missed the application deadline by 17 minutes. He maintains that this was due to technical issues and that he submitted his application 25 minutes before the deadline. In fact, he claims that he had tried to submit his application a few days previously, but had had similar problems with the system then.

A charismatic speaker, Woolfe could well have been a success as leader due to his ability to appeal to a wide range of voters. He has made it clear that he believes that Labour and the Tories have handled mass migration badly and at the expense of British workers, which will win him many admirers amongst the working-class. But he is also very clear that he wants immigrants to come to Britain, that it is crucial to help them integrate into society and that segregation must always be avoided. He believes integration cannot be rushed, which sets him apart from many mainstream politicians.

He spoke of what drives his views on immigration in an interview with the New Statesman in 2014:

“My hair was different, my colour was different [Woolfe’s grandparents on his father’s side were Black American and British Jewish respectively]. I was often beaten, called names, and that went on through the teenage years… I don’t want to see segregation because segregation results in things that happened to me. I want to see integration but integration can only happen over a period of time where we manage to make communities bed in with each other slowly and more acceptingly rather than piling everybody in very quickly.”

As if suspending one of the strongest candidates to replace Farage wasn’t farcical enough, this situation was a comedy at best. Woolfe even sent photo confirmation to a Party official that he had pressed the “submit” button before the deadline, yet he was excluded from the ballot. To make matters worse, UKIP allowed this saga to be played out in public.

It would have been very easy to deal with the matter internally. Instead, things turned into an ordeal and a public humiliation for all concerned. To his credit, Woolfe accepted the decision with some grace and continues to contribute to the Party. UKIP can count themselves very lucky, as he could very easily have stormed off in a huff.

James is now the favourite to succeed Farage. A competent debater, she is an experienced politician. She will be able to draw on her 30 years working in healthcare to speak authoritatively about the NHS—one of the key talking points in any election. Her praise for Vladimir Putin will be used against her by political opponents, but she is the strongest of the remaining candidates.

Lisa Duffy‘s leadership bid has thus far been a calamity. Accused of “chasing the bigot vote“, her desire to talk about “challenging and difficult issues” has not been matched by the sensitivity needed to talk about such matters. She is yet to give much evidence that she isn’t part of UKIP’s unpleasant side.

Bill Etheridge is a bizarre figure. A man who claims to be as comfortable going to a gay bar or mosque as he is talking to anybody, he has shown support for capital punishment and banning the burka and once posed with a golliwog in the name of free speech. Clearly, he is not suited to leading any group with serious ambitions, but if handled carefully he could be used as a force for good; a Boris Johnson-like figure, perhaps.

Phillip Broughton’s suggestion that UKIP needs to broaden its message and change its tone means that he could be very useful for the Party as an adviser, but he, much like Elizabeth Jones, lacks the political experience or debating ability of someone like Diane James.

All hope is not lost for UKIP, even though the Party isn’t doing itself any favours. If James can unify the party she will be able to work with the likes of Nuttall, Carswell, Evans and Woolfe on appealing to a large number of disaffected voters. But the Party has some maturing to do first.

Since its rise to relevance, UKIP has almost exclusively featured in the headlines for negative reasons. Now that Farage is gone, the top priority must be to create a new image of professionalism and to show that the Party will be able to represent its voters from all over the country both in parliament and locally.