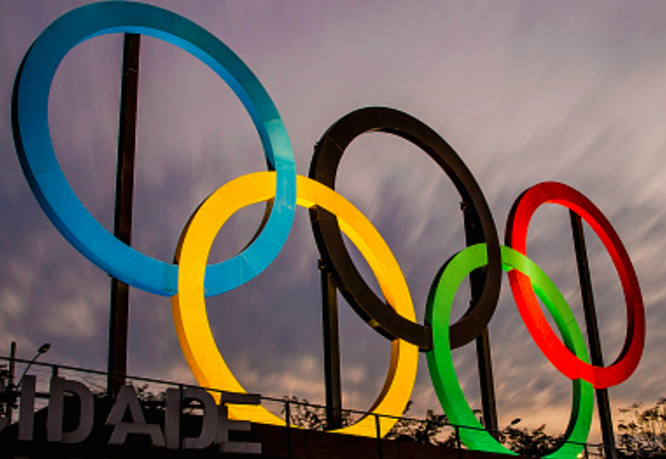 Rio was fun. Now change is needed to dispel the dangerous controversies surrounding the world’s biggest celebration of sport. Let’s move the Olympic Games back to Greece, and for good.

Sport’s most decadent extravaganza has finally drawn to a close for another four years; two days after the conclusion of the 2016 Rio Olympics, the autopsy is already underway. How the media so readily toss aside talk of sporting inspiration in favour of economic pragmatism may seem brutal–but it is desperately needed. For Rio now emerges, bleary-eyed, from its spectacular revelries, to be faced with some grim realties. The Olympic torch may be in Tokyo’s hands now, but it is the rest of the world’s responsibility to keep their eyes fixated on Rio: for the Paralympic Games, and for the sake of witnessing the spectres that come to haunt every Olympic city.

Beneath the reassuring slogans of the Olympic Games, invariably just variants on the age-old cliche “its not winning, its the taking part that counts!”, there is growing instability. Like some aging star that grows too large to control itself, the Olympics has become a vast nebulous cloud of sporting events that descends upon unsuspecting cities. “Wait!” city councils cry in protestation. “We didn’t realise we had to accommodate all these spo-!” before being submerged by construction blueprints.

But cities are now beginning to back off before Olympic hysteria engulfs them. Both Hamburg and Boston, joining Toronto, have withdrawn their bids for the 2024 Games. Both cities boasted respective mass opposition movements (NOlympics and No Boston Olympics), and the referendums ended in favour of no influx of tourists, no economic boom, and no historic legacy. Four cities remain in the running for 2024: Paris, Rome, Los Angeles, and Budapest. The latter’s anti-Olympic consensus has been quelled by the High Court, blocking the request for a referendum; Rome’s new Mayor, Virginia Raggi, is lukewarm on the idea of hosting. Huh. It’s almost as if the Olympics is not quite what it’s cracked up to be…

The Centre on Housing Rights and Evictions (COHRE) caused quite a stir in 2006. Its report claimed that in the past 20 years, starting with the 1988 Seoul Olympics and its generous 720,000 evictions, 2 million people had lost their homes to make way for Olympic spaces. The watchdog then claimed in 2007 that by the time the Beijing Olympics began, 1.5 million people would have been forcibly moved from their homes, with as many as 20% suffering a decline in living conditions as a result. A $100 million Opening Ceremony fittingly paid homage to the milestone.

The Rio Olympics has seen only 60,000 removed from their homes–but that is still 60,000 too many; more injustices abound. To enforce Mayor Paes’ decree of forcible removal, police moved in with tear gas, rubber bullets, and batons in June. And has this slum removal led to improvements for those who lived in the favelas? Another Olympic myth. Rio’s Olympic Park has been constructed in the affluent west zone of the city, serving to consolidate the wealth of the already wealthy, not haul the poor out of poverty. Felipe Paiva, a favela resident speaking to CBS commented: “The investment is not for us, it’s for the foreigners.” Wladimir Holmer Baltar, a Rio taxi driver, said to The Guardian that he could not afford to attend any of the events–despite his wage being more than double Brazil’s average. “The Games are not really for people like me,” he said. Welcome to the Olympic family.

So if the locals who have endured the Games, or have had the threat of it hanging over them, feel such a disconnect with the event, then what is the purpose of having a nomadic Olympics at all? In fact, it is salient that I write this on the 25th anniversary of the Internet. It has made the Olympics so accessible as to be unavoidable; amongst television, radio, and the newspaper, these are the components of today’s world which makes a traveling Olympics extremely dated. “I would question whether moving to a different city every four years is really a model that makes sense in today’s world,” Chris Dempsey, co-chair of No Boston Olympics, has concurred. “Maybe in the 1890s it made sense but you are now in a world where 99.9% of people that engage with the Olympics do it on a screen.”

The IOC’s model of nomadism, thrusting its cumbersome traveling circus upon every major city of the world, is unsustainable. The perpetual construction of venues, catering for the Games’ ever-growing range of sports, is coming at too high a price. In Circus Maximus, Andrew Zimbalist cites 19 different reports (from 2002 onwards) which all show that Olympic hosts enjoy minimal or no benefits in employment, tourism, and general growth. Although the rapidly growing economies of India and Brazil will augment the list of the IOC’s unfortunate potential suitors, Rio and Beijing have also exposed the shocking side effects of a “developing” country hosting the Olympic Games. And these impacts transcend the importance of sport.

In these times of alleged IOC corruption and deepening disillusionment, there is an urgent need for the Olympics to reinvent its image. And there’s nothing that smacks integrity like a return to honest, traditional roots. The Olympics Games must return to, and stay in, Athens.

Well, Olympia is actually the site of the Ancient Olympics. But Athens sits only 300km from sport’s most sacred stomping ground–close enough for incoming tourists to make a detour to the Ancient site, and distant enough to avoid being tainted by the brigade of brands and sponsors that would inevitably still stalk the revitalised Modern Olympics. Olympia has been favoured by some on the permanent-Olympic-venue side, but installing the Games there would require the construction of a whole new city. Athens, being a large city and having hosted the Olympics only 12 years ago, would simply require rehabilitation work. And if this revitalised Games was to be initially funded by countries across the world, spending would have to be kept to a minimum.

Athens is a city in desperate need of investment. The locals there will testify more strongly than anyone the harmful consequences of the Games once the 16 day party is over. Athens’ Olympic Park is derelict. Once glorious Olympic battlegrounds, Athens’ stadia rot with only weeds there to bear witness. In permanently bringing the Games back to Greece’s capital, the IOC would be conquering the most infamous of the world’s “white elephants“, an act that would naturally mark a fresh new chapter in Olympic history. And after six years of economic depression, without the astronomical construction costs and with the security of being permanent hosts, Greece could prosper by holding the Olympic and Paralympic Games.

Most of all though, the Olympics would be able to regain its almost holy splendour. Paradoxically, by positioning the Games permanently in one city, sport’s ultimate competition could become more multi-national. There would no longer be the apathy that ‘I won’t bother going, it’ll soon come round to us’; the Games would recapture its feel of a holy grail for spectators. And on the world map, Athens is ideally located, sitting in close proximity to the West (but not Eurocentrically so) and across the Mediterranean from northern Africa and the Middle East.

Unequivocally, changes need to be made. The IOC’s interminable bureaucracy and lobbying means 2024 is impossible; 2028 difficult, but a permanent home needs to be found swiftly. The idea that a traveling Games spreads Olympic joy like stardust is ludicrously idealistic. As Rio has demonstrated, if the Olympics is held in the midst of an unstable economic climate, the majority of the host city’s population will be unable to attend with the high ticket prices designed to recoup construction costs, and so the “Olympic legacy” will barely resonate. In fact, it will simply become a source of anger, a cruel symbol of capitalism for the proletariat. Let’s take the Olympic Games back to Greece, and take sport back to more enjoyable times, unsullied by controversy.