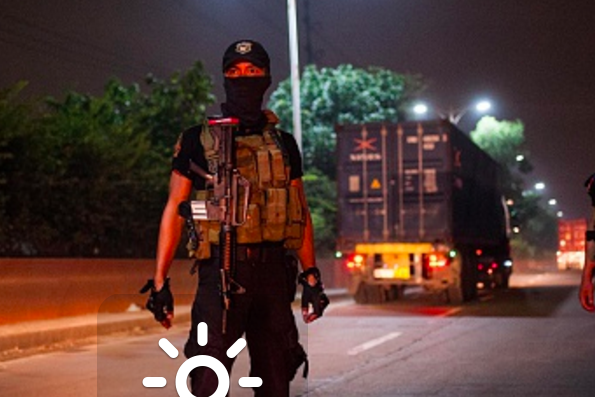 Many countries have been pursuing cartels, drug lords, and drug-dealing activities to regain power, protect its citizens, and reduce criminality. In the country of Philippines the story turns into an all-out war on drug providers, pushers, users, and other names given to people dealing and selling drugs. From Reuters, Karen Lema and Manuel Mogato from Manila have reported on the violent campaign raged by the Philippines government, saying, “More than 1,900 people, or about 36 per day, have bee killed in a violent campaign against drugs in the Philippines since President Rodrigo Duterte came to office seven weeks ago, the country’s national police chief said on Tuesday.” (22 August 2016)

There is a sense of serious chilling factor of anyone who is trying to sell, smuggle, or make drugs. The new appointee and elected President, Rodrigo Duterte, has wasted no time in cracking down and busting drug activities. Because the government and law enforcements have been so effective and radical about their methods of operations, Lema and Mogato have pointed out, “Nearly 700,000 drug users and drug peddlers have turned themselves in to escape the crackdown, police chief Rosa said. He said there was a decrease in overall crime, although murders and homicides had increased.” (22 August 2016).

The Philippines Government Cracks Down on Drug Dealers

Many citizens from the Philippines fear for their lives and the body count that has accumulated for the last 36 days so far. The U.S., an ally of the Philippines, is concerned about the human rights, the incitement of violence, the continued body bags that is piling up every day, and the ongoing killing that is terrorizing the citizens. Police raids and military operations have been rolling in significant places where there is drug involvement, illegal activities, and smuggling of narco traffic underground operations.

From another media source, NPR has revealed the extensiveness of the government and going too far in this violent campaign of uncontrollable proportions. NPR reports, “An additional 1,067 killings occurred under unclear circumstances, he said; observers believe some were carried out by vigilantes.” (22 August 2016). From any concerned citizen’s point of views this brutal government crackdown can be viewed as obsessive, terrorizing, and life-threatening. NPR continued, referring to Duterte, “He pledged to kill 100,000 criminals during his first six months as president, and drop their bodies in Manila Bay until ‘the fish will grow fat.’ The New York Times has reported.” (22 August 2016)

Every day, reports are coming in about the killing of drug dealers and many non-profit organizations are sounding the alarm on lesser human rights which had been neglected by the government.The hard-core policy of the newly elected president of eradicating drugs on every corner of every street had terrorized most citizens. Inhabitants of the Philippines are even allowed to shoot and kill any drug dealers who are trying to sell drugs to potential customers. Justice on the streets for citizens are even authorized by the government to open fire and kill as many drug dealers as possible. The government has radically changed its domestic policies on how to get rid of drug makers and dealers.

The United Nations has been receiving concerning reports on the ongoing killings and the numbers of drug dealers killed every day. In this unprecedented mass killings of drug cartels, leaders, and pushers, the country is also witnessing that it is getting out of control where in some cases, some killed were reported as a non-related case of drugs. According to another news agency, the BBC, has reported, “Not all deaths under investigations are drug-related,” he told news agency Reuters, saying about 40 killing were due to robbery or personal disputes.” (23 August 2016). Some of these deaths are not related to the chasing down on drug dealers but innocent victims have been killed in this massacre frenzy in the war on drugs and its dissidents.

From the same reporting agency, “The police director-general also added that about 300 police officers were suspected to be involved in the drugs trade, warning that they would be charged and removed from their positions if found guilty.” (23 August 2016). This mayhem of capturing as many dealers as quickly and as effectively as possible has also created a culture of fears, insecurity, and paranoia amongst its citizens. There are often in these killing frenzies some overflowing or boiling over of behaviors, persecuting more people than previously intended. The mission for the government of fighting drug lords and dealers has spun out of control and has spilled over to the United Nations and the United States, who are extremely concerned about the methods used and how far the government is going into killing without stopping.

This is a breach of human rights, international law, and concerned citizens around the world who fear that significant massacres will continue unabated on drug dealers. The war on drug dealers will reduce criminal activities, but the everyday killings will send a different message to the citizens of the Philippines. The citizens can stop trusting their government and feel unsafe and insecure as anarchy can sets in.