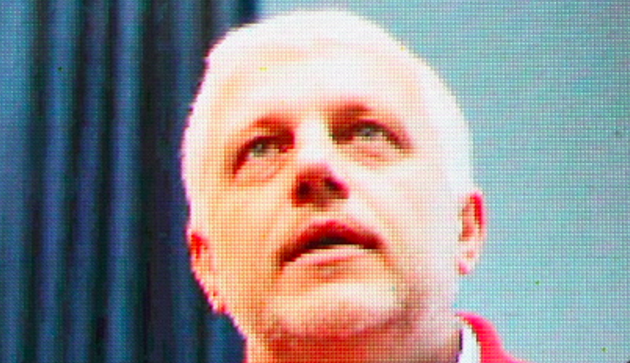 The renowned Belarussian citizen and journalist, Pavel Sheremet, died in Kiev at 44 years of age after his car exploded while driving. It has been determined by Ukraine officials to be an assassination and a premeditated act of killing. The car belonged to the company that Pavel Sheremet was working as the head of, the famous Ukrainskaya Pravda newspaper.

A Mass Killing Site for Journalists in Ukraine

Sheremet was an analyst and an expert in the bilateral relations between Ukraine and Russia. He was unafraid of the tensions between the two institutional and political systems that both Ukraine and Russia agreed and disagreed on for many years. From the Russian TV, which has been reporting on the numbers of journalists killed in recent years,”Ukraine (not as a country, but as a system) is becoming a collective grave for journalists and journalism, ” Zakharova said.

A string of  Russian journalists have been killed in mysterious conditions since 2014. According to the Ukrainian media, 15 journalists have died in Ukraine since early 2014. “Lethal risk awaiting journalists, not only in the warzones, but also because of determined terrorist and killer attacks.” (RT.com). These journalists are putting their lives on the line every day to report the news and the country has been paying a huge price due to internal circumstances of domestic attacks and personal vehemence. From the Kremlin propaganda machine, which has been known to create disinformation, the Russian trolls are specialized in misinformation about real news events. The Russian trolls have been on media sources exposing the real danger of disinformation.

A Possible Ulterior Motive of Assassination

From The New York Times, writer Andrew E. Kramer said, “The car belonged to Mr. Sheremet’s girlfriend, Olena Prytula, a founding editor of Ukrainska Pravda, whose journalists, like others in the former Soviet Union, have been singled out for retribution. Speaking on Echo of Moscow radio Wednesday morning, his colleagues speculated that Ms. Prytula might have been the intended target.” (20 July 2016).

It is indeed a dangerous job to be journalists in Ukraine and Russia (even tough Ukraine has liberalized its media outlets recently). There are still imposing dangers and threats for journalists working in the field. It is a grim reality that strikes any journalist reporting the news by being highly critical of their own governments might ultimately pay the price with their lives. Threats can come from various sources, but terrorist attacks, civil war, political instability, social unrest, and personal threats can be a danger to journalists for telling the truth about the current state of affairs.

The Ukraine Media Community under Chock

Since the terrible assassination of Sheremet, the whole Ukrainian media community has expressed their condolences and deepest sympathies to his family and friends. Apparently the journalist Sheremet has been feeling the pressure from the Russian government for some time.As he felt that his life could be in danger, he decided to move to Ukraine in order to feel safer and have freedom of working as an independent journalist. Ukrainian protests have created more anger and more concerns from the Russian state-owned radio stations. Sheremet’s work was telling the truth about the recent civil war in Ukraine that inflamed the country in April of 2014. Russian has been trying to conceal the reality on the uprising in Ukraine since Russian’s annexation.

CBSNews, from the Associated Press, said, “from media cape sanitized by the authoritarian Belarusian government, Sheremet — while living abroad — founded Belaruspartisan.org which went on to become one of the country’s leading independent news websites. He moved to Ukraine in 2014 after what he said was pressure from his Russian television bosses over the reporting of ongoing opposition protests in Kiev.” (20 July 2016).

CBSNews, from the Associated Press, has pointed out, “The Organization for Security and Cooperation in Europe in a statement on Wednesday condemned the killing and called on Ukrainian authorities to conduct a thorough investigation and bring the perpetrators to justice.” (20 July 2016). Whoever is behind this assassination would be brought to justice and sentenced accordingly. Even tough both presidents from Russia and Ukraine have expressed their deep regrets, sadness, and utter shock over the recent death of Sheremet, many believed that it was a staged attempt at killing either his girlfriend or himself. So far there is not enough evidence at the scene, which is being thoroughly investigated.

Reporting on a Particular Story Can Have you Killed

In the world of journalism, reporters of news have to be very cautious and careful on how to investigate, write, and publish their stories. As it has been the cases for more than 15 journalists in Ukraine, this article attests to the lethal world of journalists on what they should write and what they should not write. Journalists in Ukraine and Russia are not free to investigate and report about any kinds of current state of affairs. The lost of life of Sheremet is a another testimony that their lives matter less than the truth hidden behind. Sometimes the truth can get you kill.