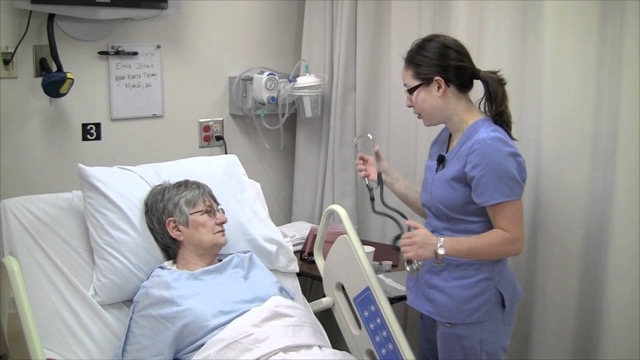 Five years ago Kim White started a job at a nursing home in Florida and thought she was on the fast track for a career, but Kim quickly found herself in poverty because her job paid so little.

This reality isn’t unusual for a certified nursing assistant and Kim White was given the false hope that her job would fast track her to nursing school. White said it:

“was something that I wanted to use as a stepping stone to get into nursing school. But it just always ended up being that it was never enough pay.”

White is just one of many workers whose jobs are becoming high in demand but continually underpaid. A report released by the Paraprofessional Healthcare Institute (PHI) stated that nursing assistant earn around $11.51 an hour, which means that more than 650,000 people in that line of work make less. The national media wage is $17 an hour and nursing assistants’ wages have dropped 7 percent in the last decade.

White says that her $9.40 hour wage has barely risen and by the times taxes are deducted, White doesn’t have enough to live on.

Scheduling is an even bigger problem as less than half of the nursing assistant workforce is a full-time and year-round position. This scheduling issue has caused the average annual income to fall to $19,00 a year, which is under the poverty line for a family of three. Nursing assistants make 47% percent less than a living wage for their geographic regions and nearly a third are forced to rely on public programs like food stamps and Medicaid. This comes in wake of political pressures to reduce social services, even for those who are actively working.

This low pay has deeper cultural and societal roots. In fact, 91% nursing assistants are female, the vast majority being African-American women. Described as “women’s work”, sexism and racism have hit workers with a double whammy and supposedly justify poor worker treatment and compensation.

The director of the PHI, Abby Marquand said:

“Caregiving work has been undervalued historically in our country regardless of whether it’s being performed in homes, communities, or nursing homes. A marginalized group of people has always been doing this work [so] there’s been less urgency around improving job quality.”

The work is often called entry-level and seen as easy when in reality nursing assistants are required to carry, bathe, and feed clients while offering them emotional support for their illness.

Training has become even more sparse as employees suffer abuse from superiors and clients, yet employer’s opt to give them a handout or show a video on how to resolve a situation. This lack of training has led to high turnover and now more than 75% of nursing homes fail to meet industry staffing standards created by the federal Centers for Medicare & Medicaid.

Workplace injury is also common among nursing assistants as they suffer over three times as many musculoskeletal injuries than the national average.

Low pay, high injury, rates and lack of training have led to a turnover rate that has forced the industry to replace more than 50% of its workforce every year. In addition, each new employee costs nearly $3,500 to find and then train.

Those challenges come at an awful time as nearly 1.3 million individuals live in a nursing home and as population grows the care rates could increase exponentially. Alzheimer’s and nursing rates are predicated to triple over the next three decades and continue to rise.

Marquand has said that:

“All of these issues are essentially coming to a head. These jobs need to stay competitive to make sure we have enough people to provide care to some of our nation’s most vulnerable.”

Kim White has been struggling to fight for years for nursing homes to pay a living wages, but as political pressures increase to cut social services, her and many others will continue to be subsidized by federal programs. This is a problem that needs to be solved, because cutting social services is not the answer and as Kim White has said: