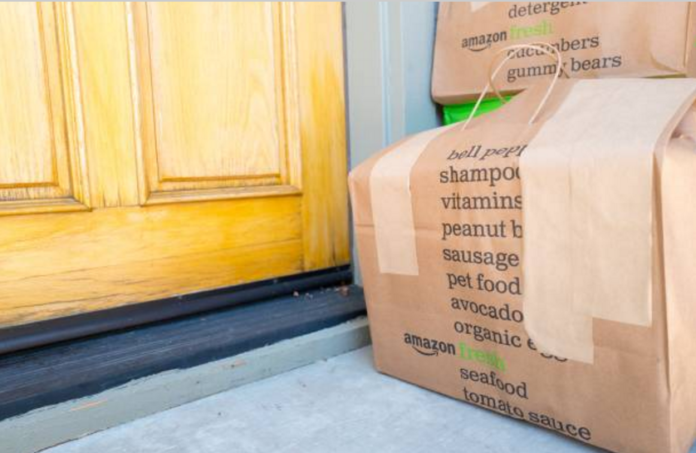 We’ve all seen (hopefully) John Oliver’s bit on net neutrality. If you haven’t seen it yet, go watch it. I’ll wait.

Welcome back. I’m not here to preach about net neutrality and whether it’s a smart campaign. We’ll get to my point shortly.

Those in favor of net neutrality argue, in general, equality. No website will take priority over another. A tiny travel blog with five visitors a day will receive the same treatment as Google. Proponents want a fair and equal internet.

Arguments against net neutrality include too much regulation and, not surprisingly, cost. Comcast has even said, “Such regulation is entirely unnecessary and imposes substantial costs that undermine investment and innovation in the broadband ecosystem and undercut efforts to bridge the digital divide in this country.”

What makes Amazon’s stance interesting is the two-faced quality of it. Recently, Amazon announced it is entering the brick and mortar world and has built about a half dozen stores to date. This is quite a captivating development for a company whose empire was built online.

One of the technologies that helped Amazon boom was their instant price comparison. This showed how you could go to Best Buy or Barnes and Noble down the street and pay more for the exact same electronic device or book. But why would you? With your computer on your lap, you could order exactly what you want, save money and not even have to get dressed. It’s a win for everyone.

Amazon does not want to endure the same demise of its long lost competitors. So what is it going to do? It’s going to go against its own public stance on net neutrality.

“Amazon was awarded a patent May 30 that could help it choke off a common issue faced by many physical stores: Customers’ use of smartphones to compare prices even as they walk around a shop…

When that happens, Amazon may take one of several actions. It may block access to the competitor’s site, preventing customers from viewing comparable products from rivals. It might redirect the customer to Amazon’s own site or to other, Amazon-approved sites. It might notify an Amazon salesperson to approach the customer. Or it might send the customer’s smartphone a text message, coupon or other information designed to lure the person back into Amazon’s orbit.”

Amazon became a shopping giant by showing consumers how much they could save by shopping with them directly. Now Amazon wants to further stifle competition by disallowing consumers, like you and I, the ability to make sure we’re getting the best deal with Amazon.