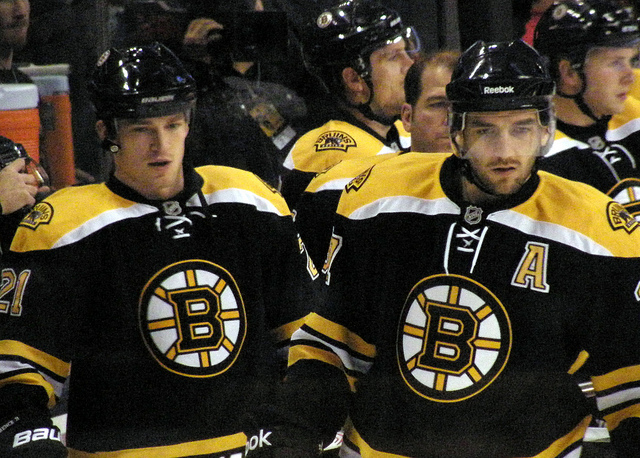 The final week of the NHL season has come and gone, and the first round match-ups have been set. The final days of the NHL season saw 3 teams vying for 2 playoff spots, which added some excitement to a hockey playoffs race that has essentially been resolved since the beginning of May. To add to the narrative, no Canadian teams will be participating in the battle for Lord Stanley’s Cup. For a season that has had runaway favorites from the start, and teams that have more recently gotten blistering hot, the ultimate winner isn’t as easy to decide as you may think. Lets take a look at my predictions for who will survive the first round of the hockey playoffs.

The Dallas Stars have had a great season, amassing 108 points and being one of only two teams to reach the 50 win plateau this season. As the overall #1 seed in the West, the Stars look to be the easy pick here to win and advance to the second round against a Wild team that struggled for much of the season. I foresee the Stars having an easy series against the Wild and having the luxury of a few extra off days before the second round begins.  The Pick: DAL in 5

This may be one of the best series to come out of the first round. The rivalry will elevate the play and intensity, making this an easy pick to end up going to a game 7. The teams are nearly equal, with St. Louis posting 107 points and Chicago posting 103. Both teams have the offensive firepower to advance to the next round, but the physical nature of this series will test their scoring ability. I think the series will see quite a few low scoring affairs, and maybe even an overtime period or two. The Pick: CHI in 7

This matchup is intriguing. Anaheim is a good team. They can score ample amounts of goals, and play a good brand of defense. The only knock against them is their inability to put it all together when it really matters. They won the Pacific by 1 point, but that isn’t persuasive enough to convince me they can have sustained playoff success. Nashville is a decent team, and could make a playoff series interesting. I can’t see this matchup being an upset or the start to a Cinderella story. The Pick: ANA in 6

San Jose boasts one of the highest scoring offenses this season, tallying 242 goals. On the flip side, the Kings have allowed the third lowest amount of goals this season with 195. This will be a matchup of two different specialties. If the team that scores almost at will is stymied by the vaunting defense, then this series will be over quick. If the opposite happens, then the series will be over just as quick. This one is a toss up. The Pick: LA in 6

The Florida Panthers managed to come out on top of the Atlantic Division, and are poised to make a deep playoff run. They posted the third best goal differential this season with +36. The Islanders can give the Panthers a run for their money, having won just 2 fewer games but posting a near identical point total. Both these organizations have felt success this season, and are hoping that it will carry over to a string of success in the hockey playoffs. The Pick: FLA in 6

Tampa, coming in, is the clear favorite to advance from this matchup. They won 46 games, and had a +26 goal differential. Detroit, on the other hand, had the lowest goal differential of all playoff teams at a dismal -13, though they still managed to win 41 games and sneak into the hockey playoffs. The streak of consecutive playoff appearances was saved thanks to the organizational implosion the Boston Bruins had, but the Red Wings won’t stay around long. The Pick: Tampa in 5

Coming in, this seems to be about as easy a pick as any. The Capitals won the President’s Cup, posting the most points in the NHL with 120. The Flyers snuck into the playoffs, clinching their bid on the second to last day of the season. The easy answer to this matchup would be the Capitals in 4, but everybody knows you have to pick a major upset in the first round. There have been a few cases of a President’s Cup winner being knocked out early, and the historic struggles of Washington in the playoffs makes me think this isn’t a lock.Philly’s knack for winning, and finding a way to grind games out makes the think this is an upset in the making.  The Pick: PHI in 7

The Penguins are playing a good brand of hockey down the stretch. Though there are injury concerns, they still seem to be able to win. The big-name offseason additions seem to be working, with them having a +42 goal differential. The Rangers seem to be tumbling into the hockey playoffs, and that doesn’t bode well for the future.

So those are our picks for the first round of the Stanley Cup playoffs, who do you have advancing?