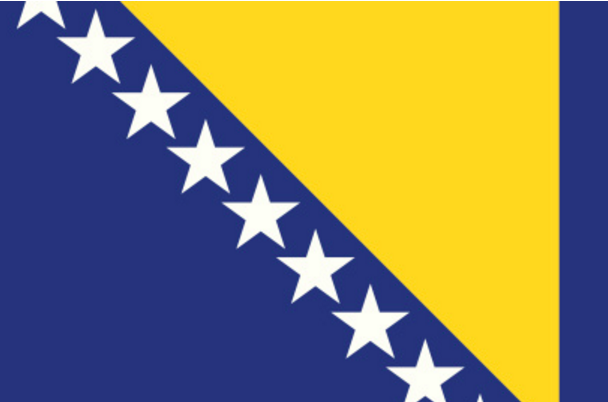 A new arrest of Nikola Ceranic, 47, has been made by the Brazilian authorities in relation to war crimes perpetrated in Bosnia in 1992. It is not the first time that an arrest has been made for crimes against humanity during the ethnic cleansing war in Bosnia in 1992. Since the war ended in the early 90s, many criminals and officials were chased down in order for them to be brought to justice. The international court of law is specifically designed to sentence anyone who has been committing crimes against humanity or war crimes.

From News on “Balkan Transitional Justice: Bosnia Arrests Five for Bosanski Novi War Crimes” Five were arrested in relations to the war crimes during the ethnic cleansing, racial purge, and religious strife between the Serbians and the Bosniaks. Writers Denis Dzidic and Danijel Kovacevic from Sarajevo and Banja Luka have reported that major captures of war criminals. Dzidic and Kovacevic have pointed out,” The state prosecution said on Thursday that Ljuban Babic, Ranko Balaban, Rajko Karlica, Mirko Odzic and Milenko Brcin have been arrested for alleged war crimes against Bosniak civilians in Bosanski Novi, in the country’s Serb-dominated Republika Srpska entity.” (10 December 2015). Even though the Bosnia war has ended, more than 23 years later authorities are still tracking down more war criminals who participated in killing and massacring sometimes entire civilian populations due to their different ethnicity, race, and belief system.

The nature of these war crimes vary widely, but many civilians during the Bosnia War have been killed, tortured, and dispossessed of their own homes. Dzidic and Kovacevic have reported,” The alleged crimes involved acts of torture, abuse, detention and theft of private property, the prosecution said.” (10 December 2015). Many civilians were chased out of their homes, disposed of their belongings, severely beaten and left for dead. Most civilians experienced imaginable ordeal of hatred with ferocity and ruthless manners by their perpetrators and killers.

From Reuters Agency from Rio de Janeiro anonymous, Reuters has reported on the new development about Nikola Ceranic, who was caught in the northwest of Sao Paulo. “Interpol has issued a red alert for Ceranic, and according to the international agency’s website he is charged with ‘war crimes against civilian population.'” (31 July 2016). That is the latest breaking news development on the Bosnia war crimes against the Bosniak population. The new arrest is not yet complete in terms of undisclosed information about the arrest, and other details about these war crimes on civilians back in Bosnia in 1992 are not yet known to the public.

Reuter Agency has said, “Brazil’s Justice Ministry on June 24 presented the Supreme Court with an extradition request made by Bosnia and Herzegovina authorities for Ceranic, and the search for him began.” (31 July 2016). Apparently the search for Ceranic was recent and his extradition was implemented in the previous month following his arrest by the Brazilian authorities. It took a coordinated effort, intel, and cooperation between Bosnia authorities and the Brazilian police and intelligence services in order to locate, apprehend, and capture Nikola Ceranic.

The decisions since the arrest of Ceranic is not clear; there is a lack of information and evidence on war crime cases are not provided by other news and media reporting on Ceranic. Little is known and the extradition process of Ceranic is not as well-publicized by any news agencies. How long will the process of the accused being tried and sentenced is so far unknown at this time.

In these cases of war crimes it is often difficult to find out more information on any arrests made by any authorities or police task forces. These special cases are handled with extreme care and the nature of these cases are extremely confidential and often remain secret from the public eye.