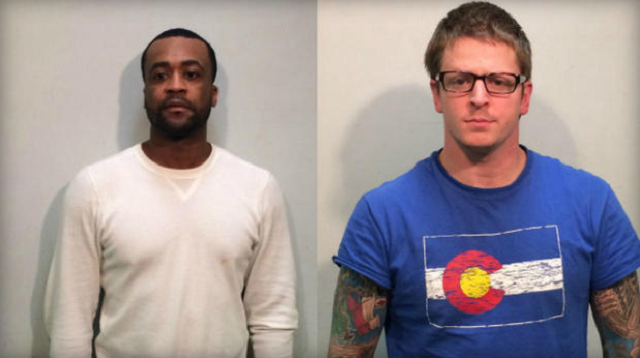 Two employees at a treatment facility for troubled in Lake Villa, Illinois were just charged with the death of a 16-year-old teen after an incident last Wednesday.

Chris Covelli, a detective with Lake County Major Crimes said the 16-year-old Shaquan Allen had been experiencing behavioral issues at a treatment facility when two employees, James Davis and Justin Serak got involved which caused an altercation.

The two employees who attempted to get the juvenile to his room by restraining the teen caused him to become unconscious during the struggle.

According to the treatment facility staff, Davis had grabbed the teen by the throat while Serak immobilized his legs. However, stories recalled by Davis and Serak claimed that the three had “slipped on water” which caused the teen to become unconscious.

Covelli discredited their claims about the water saying:

Fifteen witness backed up Covelli’s assessment and it was deemed the teen died of asphyxiation from the restraint.

Covelli later told CBS that this:

“[is] a tragic time for the family and we can’t imagine the pain they’re going through right now.”

The state’s attorney Mike Nerheim asked that Davis, who has been charged with involuntary manslaughter and obstruction to be held on $1 million bond.

“We have a dead 16-year-old child, so I think a million dollars is appropriate,”

The second employee, Justin Serak, has been charged with obstruction and can be released on $50,000 bond.

Nerheim has said that it’s troubling that police were not called for 15 minutes.

“Anytime you have a case like this it’s a tragedy and that’s always compounded when you have a child,”

The mother of the victim, Willie Mae Allen said:

“I wanna know how could this happen to my baby and nobody is telling me anything to let me know what’s really going on,”

The teen was a ward of the state and was put in the treatment facility by his mother because she wanted to keep her son of the streets and most likely thought that she did not have the necessary resources to help her son.