Thirteen months into this administration, and there is no sense of what a normal period would be. We have followed crazy tweet storms and rambling speeches. The media has said don’t get distracted because you will miss the policies. The staff here has insisted that the chaos is the policy and it is going to get caught in the investigation net. While it has been a circus, As The Donald Turns presents, “The Tent Is Collapsing.”

As The Donald Turns; The Tent Is Collapsing

She left, in part, because of the investigation into the ringmaster of this circus. She had to testify before the House Intel Committee on Tuesday and had to admit that sometimes, during her job, she has to tell white lies. That is not even close to astonishing. Everyone in her job in the course of history has had to do that. The problem here is that the revelation comes in the middle of an investigation into her boss.

That is where Donald spoke last week. It is also where the newly open far right wing of the party took cheap shots at former RNC chair Michael Steele. Matt Schlapp, and others, insinuated that Steele had only been tolerated as head of the party because he was a black republican. Mrs. Schlapp will now likely be the one in charge of the president’s media message, such as it is.

“Why is A.G. Jeff Sessions asking the Inspector General to investigate potentially massive FISA abuse. Will take forever, has no prosecutorial power and already late with reports on Comey etc. Isn’t the I.G. an Obama guy? Why not use Justice Department lawyers? DISGRACEFUL!”

“As long as I am the attorney general, I will continue to discharge my duties with integrity and honor, and this department will continue to do its work in a fair and impartial manner according to the law and Constitution.”

This is not an easy fight to watch. Sessions is reprehensible when it comes civil rights and social justice. Yet, he is a constant punching bag for a bully of a president who refers to him as “Mr. Magoo.”

Still, Sessions signed up for this. He was so eager to be relevant, he jumped on the Donald bandwagon early in 2015 with his lips inappropriately puckered on a rump. To the facts at stake, Donald, as usual, is incredibly wrong. The Inspector General, Michael Horowitz, I not “an Obama guy.” He was appointed by George W. Bush. He was re-appointed by Barack Obama. Both times he won near unanimous congressional approval. It is his job to head any investigation into whether or not rules were followed in the FISA process.

“The last thing I wanted to do was walk away from one of the great honors of my life — being the secretary of homeland security — but I did something wrong, and God punished me, I guess.”

This part is not that difficult to figure out. Mueller indicted 13 Russians knowing he would never get extradition on any of them. But he specifically indicted them on “Conspiracy to Defraud the United States.” That means under federal statutes, anyone who had any previous conversation, insight, or cooperation regarding those activities and did not alert authorities is guilty of obstruction of justice. Time to take the clown makeup off Jared and Don Jr. 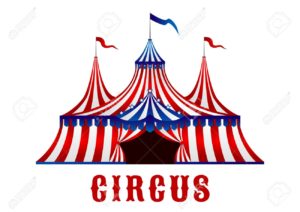