“We waited.” That is the message from the staff at As The Donald Turns. We waited for sanity; for reason; for people to own up to what is before them. Mostly we waited for awards from Donald’s “Fake News” awards extravaganza, (speeches were ready….tuxedos were good to go), but we have run out of waiting.

As The Donald Turns; We Waited

The media’s ongoing confusion with balance versus the truth continues a year after Donald’s poorly attended inauguration. Some of us learned back in journalism school that balance is a figment of one’s perception. Reporting the stories, the news, with truth is all that matters. These letters will back up some of Donald’s wildly erroneous claims. Printing them to show you are “balanced” is a waste of space.

Most of us knew this already. Most of us knew during the campaign. We were not concerned with “balanced” coverage. We looked for the truth. By doing some homework we found it. Unfortunately, there are those that will have their letters printed in the NYT Thursday that have believed this nonsensical commitment from Donald all along. We wait now, for Donald to admit that while he ran on lowering the debt and the deficit, he needs at least $18 billion from Congress to get the wall that he promised that will be the answer to all our immigration issues.

Anyway, as to Bannon’s testimony, he answered some questions, and then invoked executive privilege. How did he do that? He no longer works in the white house. If the questions were about the campaign, well, Donald was not a government executive, so privilege does not apply there either. Yet there his lawyer was, admittedly taking instructions, via text, from the white house, over his phone, as to which questions Bannon could and could not answer.

The committee members were stunned. They immediately issued a subpoena which compels him to testify in full. He likely will not. On the other hand, he has now been subpoenaed by Robert Mueller. Initially, he was going to have to appear before a grand jury. That means Mueller had enough to hand Steve Bannon, the man who made Donald, a federal indictment. Wednesday, Bannon’s attorney reached a deal with Mueller to provide the investigators with testimony in exchange for not having to testify before the grand jury. 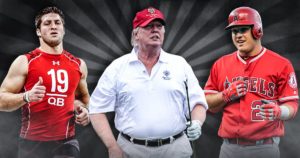 The truth has long been a moving target in politics. In this administration, it is treated like a nuisance to be strived for only when nothing ekse works. Fox is no place to find the truth, beyond Shepherd Smith’s one hour per day. MSNBC colors its truth to it’s narrative. CNN tries for truth depending upon the show/host, but they spent the entire campaign trying to be balanced instead of honest. They forever run “specials” going back to talk to the Trump voters to reinforce why these people still support Donald despite clearly being duped by promises that were never reality. The New York Times will take the same path Thursday.

Thank goodness our staff here remains steadfast while we await our awards from Donald.