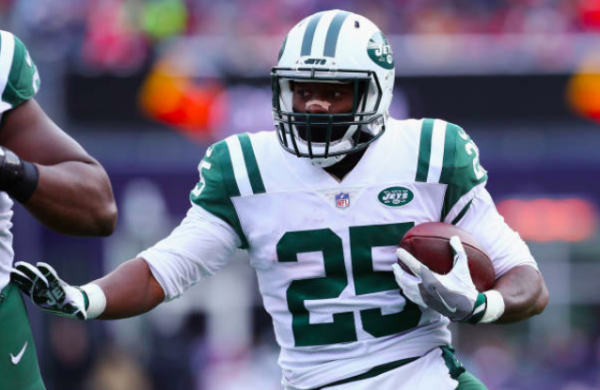 Yesterday, the Jets abruptly fired John Morton, to the shock of every Jet fan. Some are outraged; I don’t particularly care. A lot of John Morton’s play-calls have been lousy this season but that’s no different than Chan Gailey, Marty Morninwheg, or Brian Schottenheimer. The elephant in the room is the BS that we’re being sold about why Morton was fired.

According to Rich Cimini, Morton’s dismissal was due to philosophical differences between Todd Bowles and John Morton.

Is it just me, or is this the biggest crock of BS we could’ve possibly been sold? First of all, football is the ultimate sport of philosophy. Different coaches have different ideas about the best ways to win as well as different coaching strengths and they are often on the same sidelines. It would be wildly naïve to suggest that these types of philosophical clashes don’t occur regularly. Nobody thinks the exact same way philosophically about virtually anything in life. It goes on in politics, business, history, music, football, etc., but it doesn’t usually get coaches fired after one season.

The other question Jet fans need to ask themselves is since when did Todd Bowles all of a sudden become this powerful front office figure?

Todd Bowles isn’t a bad head coach, but he’s been our head coach for three seasons, never made the playoffs once and has a losing record. Now all of a sudden, the front office is looking to appease Todd Bowles about his offensive philosophy.

Bowles is just like Rex Ryan; he was hired to focus on the defense and leave the offense to the coordinators. This is why since the Rex Ryan era, the Jets have made it their priority to hire big-name offensive coordinators. Most NFL head coaches focus on one side of the ball and leave most of the decisions on the other side of the ball up to the coordinator. Todd Bowles doesn’t know offensive philosophy from a hole in the wall, but now, his input on the Jets’ offense is deeply valued to the point where he can cost the coordinator his job. I trust Rex Ryan’s opinions on Podiatry better than Todd Bowles’ opinions on offense, get lost with that nonsense.

It’s safe to say Mike Maccagnan knew what he was getting the Jets into when he hired Morty.

Morton came from New Orleans, which has been the philosophical polar opposite of the Jets for about a decade. I highly doubt Maccagnan thought Morty would come to New York and become this “smash mouth football” hero. Whether you’re talking about politicians, historians or football, nobody makes a philosophical 180 overnight. Hell, most people don’t ever make philosophical 180s. If, by any chance Maccagnan did have this expectation, he should never be in a position of authority on a pee-wee football team if he’s this clueless, although, I highly doubt this is the case.

I’m not saying that Chan Gailey and John Morton were the same philosophically, but they both differed greatly from Todd Bowles, and this sort of news never came up. In fact, the Jets played more of a pass-heavy offense under Chan Gailey than they did under John Norton. And… crickets.

Any football coach who is so obsessed with maintaining the tradition of the Jets running a “ground and pound” offense is an idiot, especially if he’s a defensive-minded head coach. Ground and pound offenses can work, at least for the time being, but it’s less advantageous than offenses that air it out. For the Jets to win with Bowles’ philosophy, they need to have an exceptional run game and an exceptional defense, like they did under Rex Ryan in the 2009 and 2010 seasons. The Jets don’t have either of these now. Also, what did the Jets do this season on either end of the field that was even that bad by their standards? The Jets offense was sure as hell better than it was in 2016.

What I can infer what really happened behind the scenes in the Jets locker room is that Morton had issues getting along with players, coaches and presumably, the front office and nobody wanted to deal with it. Why couldn’t they just say that? Just be honest about what happened, it’s not a big deal if everybody’s not getting along, I’d take the truth over a blatant lie. As a representative of the Jets fan-base, I won’t take this blatant form of lying anymore!

What can we do now?

Now, the coordinator will probably be either Todd Haley or Jeremy Bates. Honestly, I don’t know anything about Jeremy Bates offensive philosophy, but if we end up hiring Todd Haley, I’ll know for sure this story is full of crap. Based on the details of this, story, Maccagnan wouldn’t be able to get Todd’s blessing to hire Todd Haley. Just typing this almost made me puke.