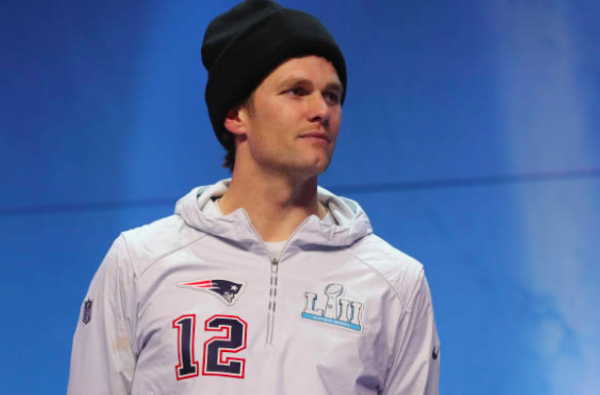 On Thursday night, WEEI radio host Alex Reimer sent shockwaves across the sports media landscape nationally because he said on WEEI during a discussion about that Tom Brady’s daughter was “an annoying little pissant.” Let me preface this article by saying that I like Alex Reimer and I think he’s talented as a sports media personality.

Obviously, I’m not going to defend Reimer’s comments. In the dirtiest environments, such as politics, talking about somebody’s kids is as low as it gets. The general rule for the media battlefield is that you can bury the public figure (athlete, politician, entertainer) all you want, but the family is strictly off-limits. After all, it wasn’t Tom Brady’s daughter’s choice to enter the public eye.

Sometimes, social media outrage clouds people’s judgment to actually think about certain situations logically. I think we can get it all out of the way that criticizing children is way out of line, but I think people coming out with pitchforks hopping on their sanctimonious high horses exercise cloudy judgment and lack nuance in regards to this situation.

First, I am personally very careful about getting on my own high horse when it comes to media personalities making comments that are offensive, quite simply because I’m young, I’m an aspiring sports media personality, and I never know what it is that I might say that may offend large numbers of people. I’m not saying I plan on getting behind a microphone and outraging people, but I host my own radio show, and I’m often shooting from the hip and saying what it is that I think–and it’s easy for a conversation to go sideways quickly in the heat of the moment. What I’ve noticed about media personalities is that they often talk on the air similarly to how they talk in their personal lives and how their listeners talk, because this draws large audiences, and honestly, a lot of people probably made comments along these lines, probably worse.

Now, it’s true that you can’t say everything on the air that you would say off the air, but that line is often blurred, which leads to faulty judgment in the heat of the moment on the radio. In a weird way, I like to look at it this way, being on the radio is almost like being a little tipsy (to a much lesser extent, and lesser responsibilities obviously.) Just about anybody who’s been drinking with his or her friends has uttered something that is cringe-worthy. Just imagine something along these lines, except millions of people hear it. Of course, Reimer willingly took the job and knew and the risks and benefits going in, and this is not me trying to absolve him of responsibility. It’s also safe to say Reimer didn’t plan on causing such a firestorm. If you asked him any time before the show if he would say something like that, he would probably scoff and say, “Hell no, why would I say that?”

As for anybody who’s a public figure burying Reimer, just make sure your closet is clean because if you have tweets from years ago that are inflammatory, you’ll be exposed as a flaming hypocrite. Just look at what happened with Sam Ponder and Adam Best in the midst of the Barstool Van Talk controversy.

Some of the best media personalities, especially in sports radio, have made comments in the past that have caused firestorms. Kirk Minihane has been suspended multiple times on WEEI and he’s the star of the morning show, so I don’t think it’s fair to say that these comments should cost Reimer his job at the station. He’s talented, he’s young, and he said something stupid. He’s also in a big market, which exacerbates the situation. If he said this in Boise, Idaho, it probably wouldn’t have become a national firestorm. A suspension is fair, but the best way to handle this is to suspend him and hopefully, he’ll learn from his mistake. All of my favorite sports media personalities have let the diarrhea of the mouth disease get the best of them resulting in suspensions, except the internet personalities who can just say whatever they want, as they aren’t under any corporate umbrella.

This situation highlights a clear double-standard when it comes to criticizing children on reality shows. If anybody said children on Honey Boo-Boo or Dance Moms was acting like “a little pissant” nobody would care; so my question is, what is the standard? Why is it OK to criticize some reality TV show children and not others? The idea that criticizing children is strictly off-limits is an idea with which I agree, but you can’t just change the standards for different children. Furthermore, not to blame Tom Brady for his kid being criticized, but seriously, he had to have known that a situation like this was a clear possibility when he started a reality show and voluntarily propped out his own children. I think that just about any family who even considers starting a reality TV show understands the risks of propping out their own kids and how easily it can make them unlikable. Reality show families regularly (if not, always) come across as unlikeable to the masses. Seriously, how many people actually like families who do any type of reality show? This is simply because starting a reality show about your own family is ****in’ ridiculous!

This also brings up the question of what the line actually is when it comes to what you say that can be construed as offensive. The problem is that sometimes people come up with their own definitions of what is and isn’t offensive. Reimer was clearly over the line in this particular situation, but you never know what might happen in the future with any media personality. Is it over the line if you specifically talk badly about children? Or if you talk about a woman’s weight, or is it fair game with all public figures? So, what is the line? The problem is, people often react to these situations entirely emotionally without any sense of concrete boundaries for media personalities.

In my mind, it’s talking smack about people’s spouses and kids who aren’t in the public eye (or at least, aren’t choosing to be in the public eye) in any situation. It’s fair game to criticize politicians, but their wives and kids should be off-limits. But, what if there was a gray area situation? For example, what if Reimer went on the air and talked about the reality show, but instead talked about Giselle’s weight. There’s no doubt on my mind that this type of comment would stir outrage on social media, but couldn’t one make the argument that that’s fair game. After all, Giselle chose to be a model, which essentially means she’s paid to look the best she can physically. Wouldn’t this type of comment be somewhat similar criticizing Tom Brady for how well he can throw a football?

Bottom line is, there needs to be some type of standard when it comes to these situations and it brings up interesting discussions.