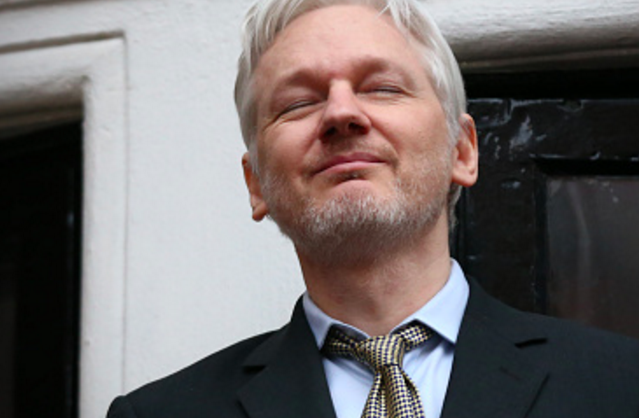 Julian Assange, 45 years of age, is a native-born Australian citizen and a journalist. He is the founder and director of WikiLeaks, a controversial website for leaking enormous amount of classified materials with attached top secret files directly extracted from government agencies. For the last ten years, WikiLeaks released more than 10 million classified documents, making “Wikileaks10” for its anniversary known all over social media, and the idea went viral on the Internet on October 4th, 2016. The website is available to the public to consult, read, comment, and upload files to.

One of the powers of WikiLeaks in the world of computer programmers and hackers is that the website wants to point out fingers and demonstrate in a show of force that military governments have been grossly misusing their powers. In that attempt, government-committed crimes, atrocities, undisclosed reports by journalists, and hide their actions against freedom and democracy from the public. All of these actions included innocent civilians killed in the arms of the governments’ tentacles and seemed to be unstoppable until WikiLeaks came to life and took action.

These documents indeed revealed the shadows of backdoor meetings by high officials who have made recklessdecisions and as a result, engaged the United States in 2003 in the war in both Iraq and Afghanistan. The arrival of American troops in Iraq and Afghanistan were based on false claims by the Bush administration that Sadam Hussein had weapons of mass destruction, or WMDs. WikiLeaks utilizes its strong voice and political awareness for informing concerned citizens. Many citizens have been blinded by their own trusted government who is supposed to protect its citizenry against foreign and domestic threats. The website also provides details and raw published batches of e-mails, documents, files, and national security information that expose what governments have been hiding from the public.

What is important to understand is that Julian Assange was very disturbed by the unbridled power of states and thought their powers remained unchecked for too long. Assange wants to make all governments accountable and held responsible for their actions against citizens’ consent. During Assange’s time at the Ecuadorian Embassy, he has been charged on two accounts since June 2012 by the Swedish Government with sexual misconduct and sexual harassment. He denied these allegations and keeps claiming his innocence today. The United States wants to extradite Assange so he can face the most repressive charges in leaking classified information to the public and the rest of the world. Anyone from anywhere can access all of these classified documents.

From Fox News, “Julian Assange, who was originally planning to make an announcement from the balcony of the Ecuadorean Embassy in London where he has lived for five years, instead appeared via video link at a Berlin conference commemorating the leaked email clearinghouse’s 10-year anniversary.” (4 October 2016). Assange has exiled and sought out refuge five years ago at the Ecuadorian Embassy in London, Great Britain. He has been interning and living in that first-floor apartment for more than five years almost in solitary confinement. “WikiLeaks published more than 10 million leaked emails, including sensitive information about prisoners at Guantanamo Bay, U.S. military operations in Iraq and Afghanistan and a cache of diplomatic cables from U.S. embassies around the world.”

From CBS News, “Assange’s most recent shakeup–the release of nearly 20,000 internal emails that pointed to possible Clinton favoritism by the Democratic National Committee during the primary process–caused some upheaval during the Democratic Convention in Philadelphia.”

In the most recent news from WikiLeaks, the founder has proven that Hillary Clinton had unfair support from the establishment over Bernie Sanders in the primaries, and the DNC has an elaborate plan to destabilize Bernie Sanders from pursuing his political revolution and its changes in Washington D.C. In the light of these events, Assange received death threats and menaces from various sources that he is involved in denigrating Hillary Clinton in the next presidential election on November 8th, 2016. He is still safe where he is as long as he does not go out or travel. Assange’s primary goal all along was to denounce publicly all wrongdoings and immoral behaviors from government agencies. As of today, Assange’s fight for freedom continues.