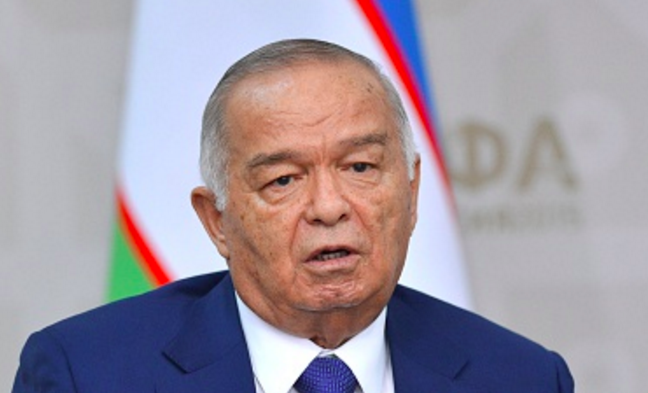 Uzbek President Islam Karimov died after 27 years of an unruly and brutal regime. Karimov was known by many to be a leader that repressed human rights and a fearsome tyrant who used to rule his country with an iron hand. The report came as a surprise by many as Islam Karimov lived most his life secluded with his family in close quarters. He was not known to be making many formal and official appearances on the world stage. By many medias, Karimov’s mysterious his death has brought some speculations as to who he really was during his lifetime.

According to APNews Corp Australia Network, “Karimov was known as a tyrant with an explosive temper and a penchant for cruelty. His troops machinegunned hundreds of unarmed demonstrators to death during a 2005 uprising, he jailed thousands of political opponents, and his henchemen reportedly boiled some dissidents to death.” (2 September 2016). Karimov was known to rule his people with methods of persuasion, of coercive power, and suppression of human rights. Many times the President Karimov came under severe scrutiny on lesser human rights violations, on political freedom, and sometimes inhuman methods of control.

As the same article suggests, “He came under widespread international criticism from human rights groups, but because of Uzbekistan’s strategic location as a vital supply route for the war in neighboring Afghanistan, the West turned a blind eye to Karimov’s worst abuses.” (2 September 2016) Karimov ruled his country as an authoritarian with a system of suppressive laws, constrained rights, and a repressive regime. Uzbekistan is not a small country in terms of its size and population. The country itself houses more than 30 million people and its products are known filled with past histories of the famous Silk Road which connects Asia to the rest of Europe.

One of the political and religious divides was the question of accepting Islam and its believers into the country only if they abide by the unique ways of Karimov and his own political philosophy: the acceptance of Islam under his ruling. APNews Corp Australia Network has reported, “Karimov cracked down on any form of Islam that wasn’t patently subservient to him. His leadership style was epitomized by propaganda posters often displayed in Uzbekistan that depicted Karimoc alongside Tamerlane, a 14th-century emperor who had conquered a vast region of West, South and Central Asia.”

Officials who have known Karimov have reported that he often had bursts of anger, of temperament, and of aggressive manners. An interesting fact about the country of Uzbekistan is that oil, gas, and others natural resources are very bountiful with its abundance of cotton exports. The economy survives on exporting their natural sources of gold and gas to others neighboring countries. The economy was under tight control, but the state of the economy itself kept a steady pace. Karimov was wary of the West and its imperialism and expansionism of the United States.

A UN report on the BBCNews emphasized the systematic methods of Karimov to torture repeatedly his political dissidents and opponents to his regime. “Mr. Karimov often justified his strong-arm tactics by highlighting the danger form Islamist militancy in the mainly Muslim country, which borders Afghanistan.” Because Islam was not far from the peripheral regions of Uzbekistan, Karimov wanted to tighten his national borders and fend off any intruders, political opponents, or dissidents from toppling his regime. From the same news agency, “Some human rights groups say the Uzbek government is one of the most repressive in the world, notably after a crackdown in the eastern city of Andijan in 2005, when hundreds were killed.” The President Karimov believed that the instability in the Middle East such as Syria, Iraq, and others were price to keep his country out of arm’s ways and avoid any spill over and fallout from the social and political instability from the Middle East. By keeping a tight control of his domestic affairs, Karimov has admitted, “You cannot defend yourself from the terrorist attacks,” Sherzod Igamberdiev, a lawyer in Tashkent, told BBC News.

From a global spectrum’s point of view, the country of Uzbekistan has been a strong and friendly ally to Russia but through history, it is a different story. According to BBC News, “Analysts say Karimov has played Russia, China and the West against each other to keep Uzbekistan from total isolation and to receive limited US aid. In 2014, Russia wrote off most of Uzbekistan’s foreign debt to Moscow, forgiving $865m.”

Uzbekistan under Karimov was playing with the world leaders and used his fear factor and tactics close-handed in order to keep his country from being isolated and forgotten, and he was unafraid of opposing his unruly ways to get what he wanted.