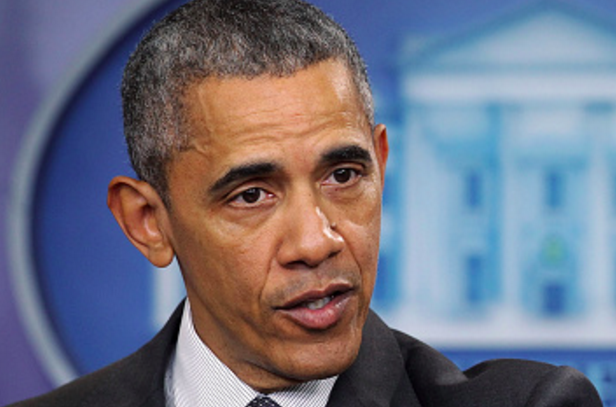 The Obama administration has decided to increase its aid policy on refugees from Syria. As the civil war in Syria continues to rage on, more displaced Syrians are fleeing their country to seek a better and a safer life. This issue of accepting more Syrian refugees into the U.S. is a complicated problem. As the war in Syrian continues, the Islamic State has been using tactics as to sending dissimulated members or supporters of ISIS to carry out deadly attacks. As a result, many fear in the United States that by accepting Syrian refugees, more attacks will occur on the American soil. This has been the case in Europe where both Germany and France have been recently targeted by ISIS in a string of terror attacks. This is a direct relation to the U.S led coalition, along with France and Germany, which are also embroiled in the fight against the Islamic State.

These recent attacks were identified as by individuals who came from Syria, Tunisia, and other Middle Eastern countries. A sort of psychosis and hysteria has set in and many fear that national security will be directly affected and compromised by accepting more than 100,000 Syrian refugees by 2017. What comes to mind are three things: immigration, national security, and human rights need for acknowledging and assisting Syrian refugees in a humanist effort to alleviate the worst humanitarian crisis since World Wtaar II. According to BBC News, “The increase to 110,000 represents a nearly 30 percent increase over the current fiscal year. It is also a more than 57 percent jump since 2015 ‘and is consistent with our belief that all countries should do more to help the world’s most vulnerable people,’ a State Department official told NBC News.” (14 September 2016).

It is true that political strength through the world’s coalition encourages the world’s countries to help one and another. Helping others in war-torn out cities and conflicts are part of human rights recognition and acknowledgement. Countries unaffected by political conflicts or civil wars have an obligation to come and help any refugees who are exiting their home country due to life-threatening situations, dictatorial regimes out of control, genocides, crimes against humanity, or war crimes. From BBC News, “‘As the Secretary has said, this is who we are; this is America at its best,’ the State Department official said.” The United States is a nation based on their beacon of hope of helping the poor, the displaced, and the exiled; it is only natural to reach out and help these Syrian refugees to resettle and adjust to their new homes.

From the same news source, “An NBC News/SurveyMonkey online poll conducted in November found that 56 percent of Americans disapproved of letting more migrants fleeing violence in Syria and other nations into the U.S., while 41 percent approve.” American citizens are truthfully concerned, worried, and perplexedly dubious about how the U.S. is going to accept more than 100,000 Syrian refugees in the country. What kinds of background checks, health record database, and others means of screening will be implemented in order to keep the U.S. safe from terrorism? Many Americans are concerned, but the U.S. is known to have a very rigorous resettlement processes in which a series of processes will take more than a year to complete the profile and the screening for each Syrian refugee’s cases.

According to USA Today, “Much of the debate over refugees has focused on the 11 million people who have fled Syria as a bloody civil war continues into its sixth year.” It is a pressing issue, and Republicans are evidently against while Democrats are instead for accepting Syrian refugees. There is an ongoing battle within the Congress as most of the Republicans now dominate the political scene in both the Senate and the Congress. “The Obama administration has argued that Syrian refugees undergo extensive background checks, a process that can last up to two years, as U.S. and United Nations officials verify asylum seekers’ stories and check possible ties to terrorist organisations.” Can the Obama administration be trusted on the extensive process of settling more than 100,000 Syrian refugees into the country safely and soundly?

From the same news agency, as a Trump adviser has pointed out from presidential nominee, Donald Trump, “He said U.S. officials could not conduct thorough background checks, since Syria is in the middle of a war and criminal records are difficult, if not impossible, to find.” As there are less than 60 days left before the new U.S. president will be elected to power, from the Republican’s points of view, it is a dangerous thing to accept Syrian refugees as many think that the country does not have the resources or the finances to resettle all these refugees in that short period of time.

From the same agency, “Obama continues to ignore warnings from his own national security officials and plans to bring in even more Syrian refugees over the next year.”

There seems to be a lack of critical understanding from Obama to understand the real danger in terms of national security, immigration, extreme vetting, and the domestic security of the United States. Safety of the American people is a priority, and everything must be done to protect first its citizens and then Syrian refugees could be admitted through the lengthy process of resettlement. However, this issue is highly debatable among Republicans and Democrats who do not see eye to eye.