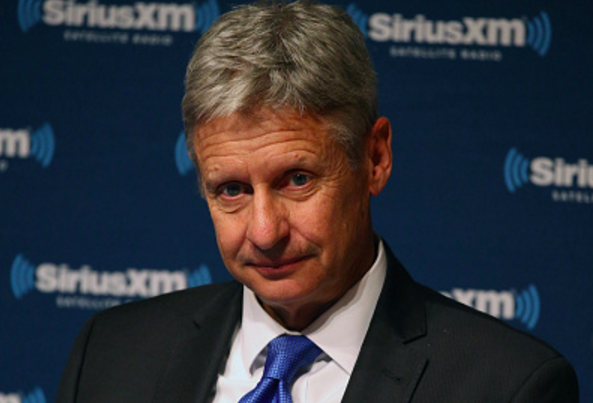 Sure, you could apply the votes across the board in Hillary Clinton’s favor and reverse the results in her favor. However, doing so makes the flawed assumption that an overwhelming majority of those that voted for a third-party candidate would have otherwise cast ballots for Hillary Clinton.

In an election cycle where both candidates were so off-putting to their natural bases, that’s hardly a fair assumption to make.

Florida is the most relevant state to use for further analysis as Trump and Hillary were separated by 1.4% of the popular vote, 49.1%-47.8%, and third-party candidates accrued the remaining 3.1%, seemingly enough to swing Florida’s 29 electoral votes in Clinton’s favor.

The raw numbers are as follows:

As you can see, Trump finished ahead of Clinton by 119,489 votes. In 2012, third parties received 70,324 votes in Florida. Let’s remove 70,000 from this year’s number under the assumption that they would have voted third party regardless of this year’s options and work with the remaining ≈ 220,000.

Hillary Clinton needed to convince almost 11% more of those 220,000 that she deserved their vote than she did originally among those that voted for the major party candidates. In other words, Clinton would have needed to convert 54.1% of those 220,000 Florida voters to even out the race. In Ohio, Johnson finished with an even higher percentage of the vote and the Trump/Hillary percentage margin was also greater, meaning Clinton would have an even more difficult daunting task converting those third party voters in her favor. While anything is possible, nothing around the country suggests Clinton had a compelling enough campaign to win by that large of a margin in a swing state or even states she should have won according to those polls that turned out so poorly.

Ultimately, the “Blue Wall” didn’t hold and the silent Trump vote carried him to victory. Those that voted for third parties share at least one ideological belief as Trump’s silent majority. That being, the political establishment in Washington D.C.–namely, Hillary Clinton–did not deserve their trust.

While Johnson ultimately raised $11.6 million dollars, his fundraising numbers were certainly bolstered by the lack of confidence in the major party candidates. Expecting similar circumstances in future elections is hardly a show of faith in our political system; whereas, the attempt to qualify a third-party for FEC funding is a logical and admirable goal in an attempt to evolve a two-party political system that has proven inept over the last 20-30 years. The most logical evolution for our country is for new political parties to emerge and join the Republic and Democratic Parties to form a pluralist democracy.

Benefits of a Pluralist Democracy

A pluralist democracy in the United States would open up new pathways for coalition building between political institutions that we’ll call factions. Imagine a scenario where institutions like the ACLU, NRA, LGBT community, and labor unions among many others are unbound by loyalty to one of the major parties. Yes, there is certainly overlap in some groups, but introducing more viable political parties to the system allows some of these groups to move about more freely in a political space because the become less reliant on another particular group. Naturally, some groups are so fundamentally that they would serve as the foundation for political parties in a developing pluralist democracy.

For example, NRA members that don’t need the Protestant Evangelical vote to ensure strong gun rights could look elsewhere for support, potentially pairing with a faction that is pro-choice. These partnerships could also be fluid. In a two-party system, a faction is limited in the sense that their opponents naturally find themselves in the other party.

While the NRA and pro-choice groups could work together on some legislation, as a pluralist system develops it becomes possible for either group to swing their support behind another option if necessary. In a scenario with parties A, B, and C, with pro-life prioritizing voters in Party A, pro-choice voters have the option to rally behind either Party B or C. This mobility at a faction level encourages less hardball politics and would help reduce the gridlock we often see in the legislative branch today.

It also provides another form of checks and balances in government by breaking up these huge built-in voting blocks owned by the major parties now. In order to reach a simple majority, let alone a two-thirds supermajority, policy would have to be appealing enough to these factions on its own merits to pass, rather than one portion of a major party strong-arming the rest of the party to support it because they’re interdependent. This would encourage policies more appealing to a variety of people, including racial minorities and religious minorities.

A Future Path for Third Parties to Obtain FEC Funding

If you look at the 2012 results, and take half the number of voters from the losing party in ONLY STATES WHERE THE MARGIN WAS 10+ POINTS and applied them to a third party candidate, you’d easily have more than the 6.5 million threshold, reaching that magic 5%. Half of the losing party’s votes from California, Texas, and New York alone would have given the third party candidate an additional 4.8 million votes in 2012. Johnson received 1,275,951 votes in 2012, so the additional votes from just those three states would have put him at six million.

In 2016, Texas was closer than 10 points, but if half of the Republican vote in California and New York shifted to a third party, that would add 2.7 million votes. If all those had been concentrated in Johnson’s favor, he would surpass the 5% mark and not only be eligible for proportional funding in the 2020 Presidential election, but be retroactively eligible to receive funds for his spending in this cycle.

That being said, it’s time for the Libertarian Party, or another third party, to seriously consider targeting voters on the losing side in solid states, regardless of which way those states lean. The 2016 cycle proved that an anti-establishment message resonated with voters under certain circumstances.

Presenting the numbers and making a case for reshaping the American political landscape would be an appealing argument to voters looking to avoid another situation where neither the Republican nor Democratic candidate seem ideal to lead the country. Now is the time for a third party to apply an innovative strategy and get it done.

One other point that’s been thrown around a lot is that Hillary Clinton won the popular vote and it’s unfair that the electoral college ultimately decides the winner. I’d like to point out that the entire election is different in a scenario where the popular vote carries the day. In that case, you would see a higher overall turnout in solid states, regardless of their party allegiance. Fewer people would brush off voting under the rationale that, “my state is going to go for Trump/Clinton anyway, so I don’t need to actually go vote.” It’s a weak argument in a situation where Hillary Clinton’s popular vote margin was only 228,000 because changing the rules would drastically impact turnout.