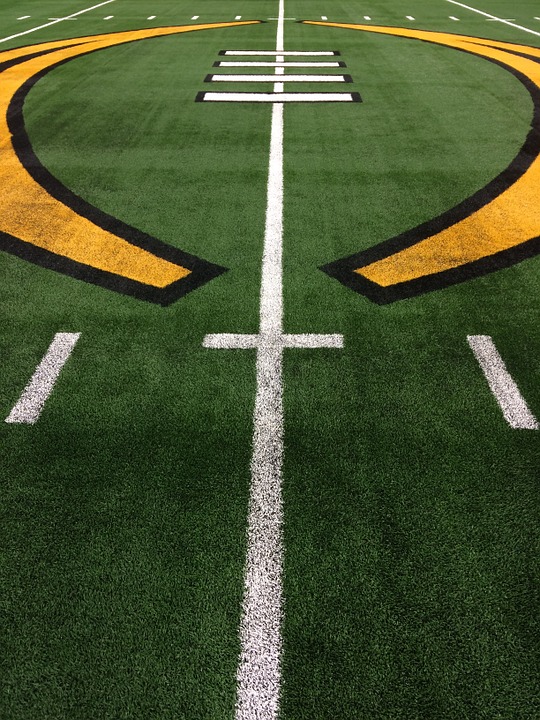 With the College Football regular season and conference championship games now in the books, its time to focus on bowl and award season. The top honor for CFB is the Heisman Trophy, per the Heisman Trust Committee’s mission statement, is annually awarded to the most outstanding player who’s performance best exemplifies the pursuit of excellence and integrity. After all the games have been played, the committee has narrowed down all the potential Heisman winners down to just 3 athletes: Derrick Henry, Christian McCaffrey, and Deshaun Watson. Here is a quick look at each finalist and who I think should receive the hardware.

Lets begin with Derrick Henry, running back for the Alabama Crimson Tide. Statistically speaking, Henry may hold the best claim to win the Heisman Trophy, posting a nation leading 1,986 rushing yards and 23 touchdowns. Henry set the school record for both those categories, while also contributing 10 receptions for 97 yards on the season.

Henry’s ability to shoulder the offensive load for Alabama provided them the workhorse needed to grind out a 12-1 regular season and be named the second seed in the College Football Playoffs. It is hard to find a player who contributed more to his teams success than Derrick Henry, who had his fingerprints all over Alabama’s overall success. This was most evident during the matchup of the then second ranked LSU Tigers in Tuscaloosa to take on the then fourth ranked Alabama Crimson Tide. Henry’s finished that game with 210 rushing yards and 3 touchdowns against the 6th ranked run defense in College Football. That game became the turning point for Henry, and pushed him to the top of the list of Heisman hopefuls.

The next finalist is Stanford sophomore Christian McCaffrey. McCaffrey is identified as a running back for the Cardinal football team, but he contributed in more ways than just rushing the football. The PAC-12 Player of the Year lead his team in rush yards with 1,640 and 8 rushing touchdowns, while also leading the team in receiving yards with 540 and third on the team with receiving touchdowns with 4. He was also able to threw for 2 touchdowns during the season. McCaffrey wasn’t limited to just the offensive side of the football, as he was able to impact the game on special teams as well. McCaffrey became the nations best return man, returning 36 kickoffs for a total of 1, 042 yards and 1 touchdown to go along with 14 punts for 96 yards. McCaffrey’s ability to impact the game in multiple ways solidifies his claim as the most outstanding player in College Football.

The defining moment for McCaffrey that potentially pushed him above his competition was the performance during the PAC-12 championship game against the USC Trojans on December 5th. During that game, McCaffrey amassed 207 rush yards on 32 carries and 1 touchdown, 105 receiving yard on 4 catches, and another touchdown while throwing an 11 yard pass for a touchdown. He also had 149 return yards to compile a total of 461 all-purpose yards to set the NCAA single season record at 3,496. This game solidified McCaffrey as one of the most impactful players in the nation, and locked him in as a finalist for the Heisman.

The last finalist is Deshaun Watson, quarterback for the undefeated Clemson Tigers. Watson had a strong Sophomore campaign, completing 287 of his attempted 413 passes for a completion percentage of 69.5% and totaling 3,512 passing yards and 30 touchdowns to go against 11 interceptions. Watson led the Tigers to an undefeated regular season and an ACC championship on their way to the number 1 overall seed for the CFB Playoffs. Watson’s ability to lead his team and produce wins has put him in the final Heisman conversation.

As December 12th quickly approaches, discussion over who should receive the Heisman will increase. These three individuals have all compiled enough stats and accolades to be worthy of winning, but only one can enter into this hallowed fraternity. Of this years finalists, it is clear that the votes will fall into two groups: the Henry supporters and the McCaffrey supporters. Watson posted good numbers, and did lead his team to a spotless record, but his performances when it mattered didn’t provide the wow factor the other two finalists provided.

I believe that this is a two horse race, with either McCaffrey or Henry winning in the end. If I possessed a vote, I would vote for McCaffrey without hesitation. The impact he had on his team, in two of the three facets of the game, is unequaled and may never be matched. Derrick Henry did produce a record breaking season by rushing the football, but that was all he did on a team that was designed to run the football. Henry’s situation seems to be that of a player benefitting from the offensive scheme while McCaffrey was able to produce in multiple capacities. I think McCaffrey should win, but the voters will have a tall glass of SEC Kool-Aid before voting for Derrick Henry and inducting him as the 80th Heisman Trophy winner.

Image courtesy of pixabay.com via a Creative Commons License